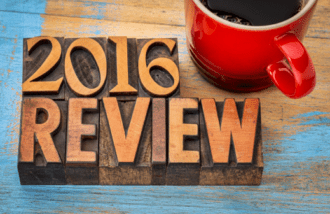 Here, the Investing News Network (INN) reviews what has happened in the graphite market during the past twelve months.

It was a rather quiet year for graphite despite the increasing excitement about possible price rebounds, supported by the opening of lithium-ion batteries gigafactories that could drive global demand of the critical metal.
But, in the long term predictions remain positive with both analysts and CEOs hoping for a surge in prices in the years to come. Here, the Investing News Network (INN) reviews what has happened in the graphite market during the past twelve months.

At the beginning of the year, data released by Benchmark Mineral Intelligence showed that demand for graphite used as anode material in lithium ion batteries was set to increase by over 200 percent in the next four years. This would be a result of global cell production surging on the back of maturing pure electric vehicle demand and the inception of the utility storage market.
After the report was released, INN interviewed Bruce Coventry, COO of Android Industries and director of Canada Carbon (TSXV:CCB), who pointed to what he saw as “serious overcapacity” in the battery market.
“The big issue with lithium-ion batteries of course is, with a multitude of manufacturers, nobody’s getting real scale right now,” he said. “Of course, the electric vehicle market has come later than expected and at lower volumes than expected.
Predicting how much of any metal will be needed to meet demand for electric vehicles in the longer term is tough, and advances in battery technology could alter the mixture. Another challenge will be getting drivers to adopt electric cars, as many potential buyers could be put off by the frequency and time needed to charge them.
Despite that, Nissan Motor Co. (NYSE:NSANY) and Renault SA (EPA:RNO) have said sales of battery-powered vehicles climbed to a record last year, while Volkswagen AG’s (ETR:VOW3) Audi plans to start building its first purely electric sport utility vehicle in 2018.
Tesla (NASDAQ:TSLA) hopes to build between 80,000 and 90,000 electric vehicles in 2016, with 50,000 being produced in the second half of the year. A few weeks after Tesla opened its $5-billion lithium-ion battery gigafactory, the CEO announced that it will be three times the original 50 GWh planned capacity.
At three times the size, Tesla will need to source 110,000 tpa of coated spherical graphite, 75,000 tonnes of lithium hydroxide, and 21,000 tonnes of cobalt. The question about whether this material will be available for the capacity expansion, due to hit the market in the next 1-2 years, remains.
Elon Musk, Tesla CEO said at a news conference: “Our cells should be called Nickel-Graphite, because primarily the cathode is nickel and the anode side is graphite with silicon oxide… [there’s] a little bit of lithium in there, but it’s like the salt on the salad.”
To add to the rising demand, China’s government plans to have around 5 million battery-electric vehicles on the roads by 2020.
Benchmark also reported that, in the first half of 2016, lithium ion battery shipments from Japan – the world’s leading producer – topped 33,500 tonnes the first half of 2016, up 17 percent on the previous six months and over 31 percent y-o-y.
Similarly, South Korea – a leading exporter to global markets – recorded its largest shipments to date, up 26 percent on 2015.

Asia Pacific is the largest market for graphite globally and, in 2016, the region’s global revenue share is forecast to be 35.5 percent. The top consumer country this year continued to be China.
In the next few years, not only batteries for electric cars will drive demand. The US Geological Survey has said that “[l]arge-scale fuel-cell applications are being developed that could consume as much graphite as all other uses combined,” and China is already on its way to developing a pebble-bed nuclear plant, a sector anticipated to drive graphite demand in the future.
Simon Moores, managing director of Benchmark Mineral Intelligence, told INN:“China is forcing change in the industry. It’s not just about Tesla and its huge gigafactory: over 70 percent of new lithium ion demand is coming from China.”
China’s “stranglehold” on global graphite supply coupled “with a generation of under-investment in mines around the world, is creating a very tight supply situation,” Moores said.
But this year, the European Union took China to the World Trade Organization for the third time over the country’s export restrictions on raw materials, including graphite, seeking to ensure a sufficient supply of inputs for goods ranging from computers and mobile phones to steel and paper.
China’s total annual exports of the listed raw materials average $1.2 billion euros, with one-sixth of that coming from Europe. The release explained that if China were relieved of its export duties, the EU would gain 9.2 percent, or 19 million euros.
“This will have a little impact on the flake graphite raw material, but it could have a wider reaching impact on value added product,” Moore said.
Later in the year, Reuters reported that the US established a dispute-settlement panel at the World Trade Organization to examine China’s “unfair export duties and quotas” on 11 raw materials, also including graphite.
“China tends to dominate these situations economically and suspect this will be the major factor,” Moore added.

In an interview with INN earlier in 2016, Moore suggested to watch out for some trends and catalysts in the graphite market: “The value added trend is something to watch closely. While flake graphite’s overall price has been depressed in recent years, many companies in Europe and the US have made good margins on specialist, value added products such as expandable, spherical and micronised graphite,
“We believe the lithium-ion battery anode market could grow to at least 250,000 tonnes by end-2020. If you visit China and speak to these lithium-ion battery producers, something we do at Benchmark, then you realise how much growth the companies are planning for.”
Chris Berry, of House Mountain Partners and the Disruptive Discoveries Journal, told INN earlier in the year that: “When you think about Tesla and the potential demand from the gigafactory we should also think about the 11 other battery factories that are in various stages of production right now.
“I think 70 percent of graphite demand comes from the steel business, which is suffering from over capacity right now due to what’s happening in China. So once that levels itself out I do see higher graphite demand in the future.”
Similarly, Jon Hykawy, of Stormcrow Capital, said to INN that the graphite market remains strong on the battery side, although it’s still slightly weaker on the steel side.
“There are preferred sources, there are preferred supplies, but really it’s a game that’s going to go to the inexpensive producer,” he said. “To be able to compete in this space, you have to be able to compete with the Chinese producers on a cost-per-tonne basis.”
Don’t forget to follow us @INN_Resource for real-time news updates!
Securities Disclosure: I, Priscila Barrera, hold no direct investment interest in any company mentioned in this article.
Editorial Disclosure: Canada Carbon is a client of the Investing News Network. This article is not paid-for content.
The Investing News Network does not guarantee the accuracy or thoroughness of the information reported in the interviews it conducts. The opinions expressed in these interviews do not reflect the opinions of the Investing News Network and do not constitute investment advice. All readers are encouraged to perform their own due diligence.