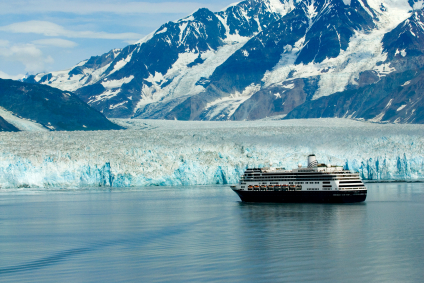 Graphite One Resources (TSXV:GPH,OTCQX:GPHOF) enjoyed a share price boost Tuesday following the release of an updated mineral resource estimate for its Alaska-based Graphite Creek deposit. At close of day, shares were selling for $0.08 each, up 14.29 percent.

The mineral resource estimate for Graphite Creek was last updated in January 2014, at which time its inferred resource clocked in at 186.9 million tonnes at 5.5 percent graphitic carbon (Cg) using a 3 percent Cg cut-off grade. Following the release of that estimate, the company embarked upon a 2014 drill program; completed in October 2014, it increased vertical and lateral drill spacing along a 730-meter strike length at the 4.8-kilometer-long deposit.

According to the company, those numbers make Graphite Creek the largest published graphite resource in the United States. For his part, CEO Anthony Huston credits the project’s continuity of mineralization, near-surface location and simple geology for making its growth to that size possible. ”Taken together these factors have allowed us to grow our resource to an impressive size with limited drilling – just 50 drill holes to date,” he said in Tuesday’s release.

He also noted that the new mineral resource estimate will be used to create a preliminary economic assessment (PEA) for Graphite Creek. “[W]e have the basis for developing our initial PEA, and the foundation for an infill drill program in 2015 to bring additional resources into the measured and indicated category. The metallurgical samples we obtain will help us further refine our knowledge of the recovery and size distribution of our unique deposit and position Graphite Creek as a new source for the growing graphite market,” he explained.

In terms of the timeline for the PEA’s release, it’s coming up soon — Tuesday’s release states that it’s expected to be out in Q2 2015. The metallurgical samples mentioned by Huston will come from a metallurgical test work program that began in November 2014. It’s aimed at evaluating the processing parameters of samples from the two upper zones of mineralization identified by drilling. Results of that program should be completed this quarter, and then included in the PEA.

All in all, it sounds like investors interested in Graphite One will certainly have lots to watch for in the coming months.

Editorial Disclosure: Graphite One Resources is a client of the Investing News Network. This article is not paid-for content.