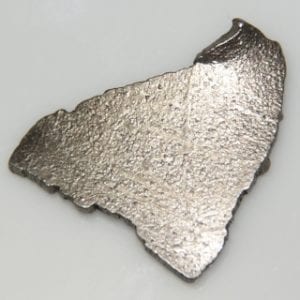 Things aren’t looking good in the Democratic Republic of the Congo’s mining industry.

Things aren’t looking good in the Democratic Republic of the Congo’s mining industry. In June, the country’s chamber of mines announced the loss of 3,000 direct and at least 10,000 subcontractor jobs.
A mining conference in Lubumashi had government officials and mining CEOs rally together to figure out how to save a failed copper mine.
So, what exactly is going on in the Congo?
Last September, Glencore‘s (LSE:GLEN) Katanga copper mine, which is one of the Congo’s biggest, announced an 18-month suspension. It hasn’t even been a year yet, and analysts are already expecting an extension, according to Reuters.
And the bad news doesn’t stop there. Chinese investments won’t be able to revive the decline in not only its copper mining sector, but cobalt output as well. Cobalt saw a nose-dive of roughly 20 percent in the first quarter, and gold dropped by 8 percent.
While the outlook for cobalt is more promising (keeping in mind that the Congo mines roughly 60 percent of global cobalt supply), with cobalt prices expecting to rise 45 percent by 2020, the outlook for copper is not. The latest report by Thomson Reuters GFMS, released in April, projected a global surplus would suppress copper prices until around 2020.
With China Molybdenum’s acquisition of Freeport McMoRan‘s (NYSE:FCX) interest in its TF Holdings Limited for $2.65 billion, China Moly will become the largest molybdenum,tungsten and cobalt producer in the world. Although the purchase is poised to benefit the company itself, and its supply of cobalt, the deal is also allegedly the biggest private investment in the Congo’s history.
This means that companies such as Tesla Motors (NASDAQ:TSLA) could find themselves relying heavily on supply chains from China as they attempt to increase their production of electric cars over the coming years.
In that light, investors following critical metals and their growing importance for the electric vehicle market may want to take a look at new cobalt projects projected to come online. We’ve taken a look at two companies with such projects here—both have seen a substantial appreciation in share price so far in 2016.
Don’t forget to follow us @INN_Resource for real-time news updates!

Give me my free report!
Securities Disclosure: I, Jocelyn Aspa, hold no direct investment interest in any company mentioned in this article.