What investors need to know about new mining rules in top cobalt producer Democratic Republic of the Congo. 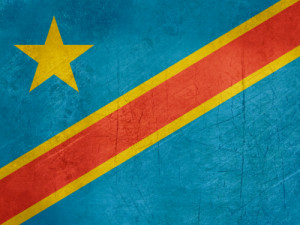 The world’s largest cobalt-producing nation is shaking up its industry.

The Democratic Republic of the Congo (DRC), which was home to 55 percent of global cobalt output in 2012, according to the US Geological Survey, wants miners to process more ore in the country. The DRC will ban exports of cobalt and copper concentrate by July, as per information from documents put out by the country’s Ministry of Mines.

The decree is reportedly aimed at forcing miners to upgrade their cobalt and copper in the country rather than shipping lower-value concentrate abroad for final processing.

The order from the Ministry gives miners 90 days to sell their inventories of concentrate, after which they will be forced to start in-country upgrading. The document is dated April 5, meaning that the export ban will take effect early in July.

The sudden move is by no means bear-trap tight. The DRC’s government has tried to implement similar bans in the past — as recently as 2010. Each time, previous administrators have backed down from the export laws.

But the sheer number of attempts at new DRC export legislation suggest that there is a strong movement in the country to change policy. Investors therefore need to be aware of what changing laws would mean for DRC producers like Freeport-McMoRan Copper & Gold (NYSE:FCX), Lundin Mining (TSX:LUN), and Katanga Mining (TSX:KAT).

Below are the three most important things to know about navigating a sea change in the global cobalt (and copper) markets.

1. Go where the power is

Previous attempts to require upgrading in the DRC have been hampered by a major stumbling block: the country’s lack of power.

The DRC is one of the least-developed nations on earth in terms of electricity supply: less than 10 percent of the population has access to power, according to estimates from the World Bank.

The lack of widespread electricity makes it difficult for the nation to support a modernized smelting industry. Processing metal takes a lot of energy, and the DRC simply doesn’t have it right now.

That’s not to say there aren’t smelters in the country. In fact, there are quite a few. This week, local developer Tiger Resources (TSX:TGS,ASX:TGS) pointed out in a press release that “[t]here is sufficient demand from local smelters in the DRC to accommodate all of the concentrate sales from [company flagship mine] Kipoi.”

The challenge is that many local smelting facilities are small and the organizational system is disjointed. During the mining downturn of 2009, the industry learned that tens of smelters had been opened by Chinese interests in the country — which promptly boarded up and abandoned the facilities when metal prices tanked.

Miners wanting to process ore in the DRC will need to have access to more permanent smelting facilities where ample and reliable power is available.

The electricity situation is due to improve, with planned hydroelectric projects like the country’s 4,500-MW Inga III dam set to come online. Producers hoping to upgrade their ore in the country will need to access these new power supplies or access to a smelter that holds purchase agreements with them.

2. Not all ores are alike

For miners thinking of upgrading, it’s also important to ask: what is being processed?

DRC ores come in a variety of forms, some of which are easier to upgrade than others.

Most DRC ores were originally deposited as sulfide copper, but over geologic time, many of these sites were leached by rain and groundwater, forming near-surface oxide zones.

Oxide copper-cobalt mineralization is prized because it can be upgraded to final copper cathode product more easily than sulfide. Through a sulfuric acid treatment — a process known as solvent extraction and electrowinning (SX-EW) — miners can produce upgraded metal at relatively low capital and operating costs.

Such processing is usually the option of choice for new mines. SX-EW is being used at Lundin and Freeport’s Tenke Fungurume mine. The technique is also planned for implementation at Tiger Resources’ Kipoi project.

This type of project will likely be able to skirt serious damage from an export ban. But longer-standing projects may have more difficulty. Once the oxide zone on a deposit is mined out, developers must then move on to the sulfide ore. Sulfides are more difficult to upgrade and generally require energy-intensive smelting.

For this reason, most sulfide producers ship concentrate rather than upgrading on site. If concentrates are no longer an option, the long-term planning for projects transitioning from oxide to sulfide ore mining will be impacted.

If an export ban drives producers to focus on easily upgradable oxide copper resources, cobalt production will be significantly impacted.

That’s because cobalt recovery from oxide is low. Processing such ores only wins about 26 percent of contained cobalt as opposed to 44 percent for sulfides, according to a study on Congolese ores by Bateman Minerals & Metals.

But given the high costs associated with building upgrading facilities for sulfides, DRC miners may simply choose to go with oxides, sacrificing cobalt production to save on capital expenditures.

That could be a big hit for a market that depends on the DRC for 60,000 of the 110,000 metric tons of cobalt produced globally each year.

The trade off is that oxide ores usually contain enriched cobalt grades. In the DRC, oxide cobalt can be greater than twice the average grade of that in sulfide ores.

Nonetheless, a move away from sulfide production would almost certainly affect overall DRC cobalt output, tightening the market, benefiting companies still in production and dampening those now shut out of the market.