While zinc failed to escape the commodity sell-off in early May, analysts are optimistic about the metal’s recovery. 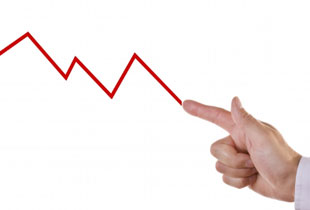 Zinc failed to escape the commodity price plunge in early May as the sell-off was felt across world markets. Zinc prices were up slightly this past Friday at US$ 2,179/tonne on the London Metals Exchange (LME) after bottoming out at US$ 2,048/tonne on May 6th, their lowest levels since November, and dipping again on Wednesday the 11th.

Though escaping the same kind of carnage experienced by silver, zinc, like most other commodities, was impacted as speculators appeared leery at the prospect of US growth and global concerns over rising inflation rates. Energy commodities in particular responded to reports of rising US inventories of oil and gasoline, suggesting that rising oil prices were finally chipping away at consumer spending habits. In the wake of this, it appeared as though commodity markets were headed for a correction after the strongest run in a number of years. As many began to exit commodities, a fervor was intensified as increased margins restrictions were implemented on trading on the New York Mercantile Exchange, which led to a temporary halt trading.

Are such concerns justified?

A recent Reuters report noted that despite the expected slowdown in global growth in 2011, commodity demand is likely to remain strong in 2012, saying that the “International Monetary Fund already expects global growth to slow from 2010′s 5.0 percent to 4.4 percent in 2011 even though that’s still more than a percentage point above the 20-year average and it sees that pace at least sustained through 2012.”

The report also notes JPMorgan’s discovery that “this surge was not matched by final expenditure on goods and so unsold inventory in auto factories and the like started to stack up – presaging a cooling of assembly lines and a drop in global manufacturing growth rates to an estimated 3.5 percent in April.” As such, while the concern over global inflation rates and modest growth coming out of many Western economies are real, some of this slower growth is also attributable to various events, like the unrest in the Middle East and the Japanese earthquake and nuclear crisis which caused a gap in global production.

Despite several concerns raised over the potential for a commodity bubble, many economists and analysts are stating that this dip may actually reinforce growth in commodity markets, as opposed to representing its downfall. Jeremy Grantham, chief strategist for Maisonneuve and GMO Investment Management, noted that the fall back was the result of “a short-term commodity crisis due to the strong dollar, and speculative money that went into commodities coming out. However, the need for infrastructure is ongoing so investors should be using the weakness of the short-term pull-back to increase commodities exposure.”

Continued demand for commodities that can be used as building materials, like zinc, can be witnessed with rising premiums now being paid for the metal. Specifically, there are signs that lower prices of zinc on futures markets are initiating more buying in the face of declining zinc future prices, which fell in April and more sharply in early May. Another Reuters report noted that “the growing inventories of the metal are likely to keep the market under pressure in coming months.”

One market trader quoted in the report noted that “There’s a general perception that things are going up, recovering a little” which explains why zinc premiums (the amount paid over and above the LME cash price to cover the cost of shipping and delivering metal) are “firming up.”

As a result, many are welcoming a commodity correction as it could help push back inflation fears witnessed in some of the higher risk assets, such as precious metals.

What Was the Highest Price for Silver?
Why Invest in Bitcoin?
What are Stock Buybacks?
Blockchain Technology Stocks