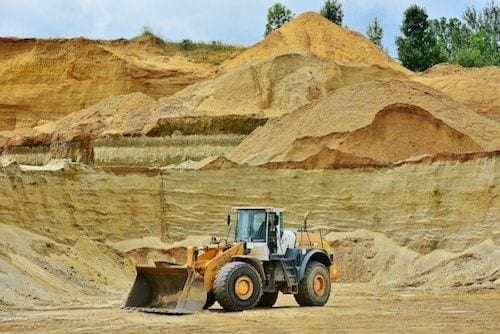 Sustainable production levels are the key to long-term growth; smart mine management requires balancing your resource base with mine output.

Ramping up output can involve mill expansion, equipment and storage capacity upgrades as well as more labor, power and water — all of which cost money. Raising production quickly can place too much pressure on the system, which is also a safety concern.

An enhanced production profile may lead to increased profits in the short term, but to really maximize shareholder value over the long term, smart management looks to sustainable production levels, which are key to a higher stock valuation. You don’t want to make the mistake of allowing production to outrun your ability to resupply your mill, or you will significantly reduce mine life.

“There are larger issues around sustaining your mine. From the day your mine opens, you are eating your resource,” says John Barry, an economic geologist with decades of experience and the founder of Irus Consulting. “The production rate should be balanced with respect to the size of the reserve/resource inventory to provide at least a medium-term life of mine. If you mine at a faster rate than you replace reserves, then you will simply shorten the life of mine.”

Barry gives an example of a mine with a resource base comprised of 200,000 tonnes of ore. If mined at 50,000 tonnes per year, the mine life will equal approximately four years. “This gives you four years of ‘runway’ for your near-mine exploration and resource building,” he explained. “Mining at 100,000 tonnes per year will only give you a two-year life of mine based on the same reserve. Given the time value of money, this clearly is not extracting the best value from your orebody. Yes, it is about profitability, but also about safety, balance and sustainability.”

Sustainable production can be achieved through cost-effective resource expansion, resulting in a longer mine life and extended profitability. “You must build the inventory to balance with the rate of depletion, or you will shorten the life of mine and potentially leave good ore in the ground,” added Barry.

When should a producer increase production? The optimal time to increase production is when the mineable resource is large enough to support the operation. Usually the guidelines for when to ramp up output are laid out in the company’s mine plan — either internally or as part of a NI 43-101 preliminary economic report or feasibility study that has outlined the most optimal production guidelines for enhancing the economic value of the output over the life of the mine.

Sustainable growth through exploration and development

Sustaining current levels and maintaining profits over the long term require growing your resource base. This is achieved through further development of the deposit and ongoing exploration near the deposit.

Exploration and development activities are essential for growing a mineable resource base and sustaining production to keep the mill running at full capacity, while also extending mine life. Development work allows miners to reach previously inaccessible bodies of ore and convert resources into reserves. “How fast you mine depends on the availability of exposed ‘faces’ underground — the surfaces where the workings meet the orebody,” says Barry. “Increases in production require more faces, and that requires more underground development to access new parts of the orebody.”

New advanced exploration technologies and sophisticated analytical techniques are making it possible to refresh the resource base through new discoveries.

“We believe that consistent investment in exploration is essential in maintaining a healthy project pipeline; therefore core to our growth strategy and a key element in extending mine life,” states major precious metals producer Fresnillo (LSE:FRES). “We routinely apply advanced geospatial, geochemical and geophysical technologies such as tomographic imaging, high resolution satellite imagery, airborne and core hyperspectral technologies, and hand-held and down-hole instruments as an aid to improving the geologic interpretations that guide exploratory drilling leading to ore discovery.”

To build out the resource at a given mine site, producers focus their exploration efforts on three areas: in mine, near mine and regional. In-mine work generally includes development work designed to gain further access to economical orebodies, as well as geological modeling and definition drilling to extend the known mineral resources. Typically only proven and probable reserves, as well as measured and indicated resources, are included in the mine plan, so the mineable resource base can be increased further by upgrading inferred resources to the measured and indicated categories.

In the zones near the mine, a company will focus on drill testing priority targets with the goal of delineating satellite resources to further expand the mine plan — which down the road could lead to increased production and an extended mine life. If the geological evidence warrants it, a company may also decide to conduct more grassroots exploration further afield using geophysical exploration techniques to determine potential drill targets.

Deposit type can become a factor in cost and the ability to grow a resource base and extending mine life. For example, copper porphyry deposits are famous for their large tonnage, high production rates and ease of mining. Within porphyry systems the copper mineralization can extend vertically for several kilometers beyond the main base of the open pit — often translating into a decades-long mine life.

The geological nature of the copper porphyry model also offers up a lot of exploration potential. This type of deposit is associated with alteration halos that are much larger than the deposit itself and can cover tens of square kilometers. The large scale of the mineralized system also lends itself to the formation of other types of deposits within the same area, including high-sulfidation epithermal gold–silver-copper deposits — increasing discovery opportunities and improving the economics of the mine plan.

Conversely, the irregular geology and high grade variability of narrow-vein epithermal gold deposits, which account for a large percentage of global gold production, can pose challenges for extraction and proper mine planning.

“It is typical for some epithermal gold mines to source as little as 65 per cent of their annual production from mining areas identified in long-term plans,” according to a research paper by the Australian Institute of Mining & Metallurgy. “The balance is made up of targets of opportunity identified unexpectedly or from mining areas brought forward in the schedule at short notice because planned areas proved to be untenable. Technical teams with the resources to undertake constant and rapid reinterpretation, redesign and rescheduling are required to successfully manage most epithermal deposits.”

Carbonate replacement deposits (CRDs), while extremely resource rich, can also pose a challenge. Barry leads the geological team for Pasinex Resources (CSE:PSE,FWB:PNX), which controls 50 percent of the high-grade Pinargozu zinc mine in Turkey. Pinargozu is a CRD located in Turkey’s underexplored Adana CRD Belt, with similar geology to skarn-type deposits and characterized mainly by irregular geometry — making exploration a challenge much in the same way as an epithermal gold deposit.

“The geometry of the orebody is complex, and there are sharp cut offs between high grade and waste,” says Barry. “Even with high-density drilling from underground, rich pockets of mineralization are easily missed. It’s very inefficient to drill from surface because of the rugged terrain of the Taurus Mountains and depth to target zone. Getting the best places to drill underground is really only a by-product of production development, and so we are often drilling from awkward locations underground because of the geometry of the orebodies.”

Barry says Pasinex’s geological team is addressing this challenge by planning underground drives specifically designed to get into the best positions to drill the deeper parts of the mineralizing system. “This specifically targeted underground development for exploration drilling requires the extra deployment of dedicated equipment and personnel. This is what is needed to increase the resource/reserve base, which gives the flexibility to increase mine production.”

On the plus side, CRD deposits can be large in scale, and mineralization can extend for long distances. The world’s most recognized CRD belt is Mexico’s Chihuahua Trough, which is known for high-grade CRD deposits. The belt is home to Excellon Resources’ (TSX:EXN) high-grade Platoso silver-lead-zinc mine, which is comparable to Pinargozu. Production began at Platoso in 2009 with a mine life of two years. In 2017, the mined orebody, which consists of flatter lying zones and chimneys, continues at depth and is expected to produce beyond 2019 — giving it a real mine life of more than 10 years.

The Pinargozu deposit “consists of chimneys and mantos, long arms of zinc mineralization,” explains Steve Williams, president and CEO of Pasinex. “We are mining the end of one of those arms, of what we hope for is a long arm of zinc mineralization. We are continuing to follow that arm, those chimneys and mantos with our exploration, as well as doing development to open up more production in the mine. We’re also doing development so we can open up more underground drill pads and continue to drill deeper and deeper to open up more production in the mine. Our second priority is to continue to grow the resource as we go deeper.”

Sustainable production achieved through well-managed resource expansion and development will not only result in a longer mine life for the producer but a longer-term growth outlook and higher profitability for the investor. Look for management with a track record of successfully increasing production alongside building resources, and a geological team with the expertise to tackle the challenges presented by the deposit type.

This article was originally published by the Investing News Network in November 2017.