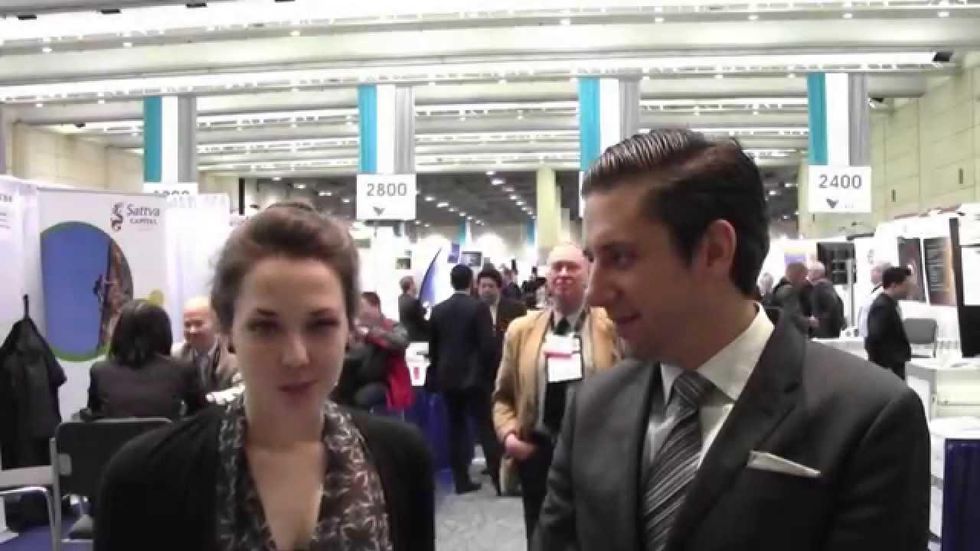 In this PDAC interview Haywood Securities analyst Stefan Ioannou discusses a variety of hot topics, including zinc’s positive price outlook and the issues that brought the metal to this point. He also touches on what factors could pose a threat to that positivity.

Resource Investing News was at the 2015 PDAC International Convention, Trade Show & Investors Exchange last week and had the opportunity to talk about the zinc market with Stefan Ioannou, mining analyst at Haywood Securities.

In the interview below he covers a variety of hot topics, including zinc’s positive price outlook and the issues that brought the metal to this point. He also touches on what factors could pose a threat to that positivity. “One thing that people always point to is China,” he said, adding, “China … is the world’s largest zinc producer, and it’s always been a bit of a black box.” He notes that it will be important to watch for how China responds when the zinc price moves higher.

Ioannou also gives some insight into how long investors can expect the zinc price to stay high once it does rise. China will again be a key arena to watch, but “globally in general, higher zinc prices, that’s going to prompt production from other higher-cost producers from lower-grade mines most likely, and with more production that’ll eventually fill in the undersupply,” he said. All in all he sees the window for higher prices being two to three years.

In closing he touches on zinc juniors and whether it’s realistic for them to be trying to jump into the space at this time. One of Ioannou’s favorite companies is Trevali Mining (TSX:TV,OTCQX:TREVF), which he believes is “poised to be … probably the prominent zinc-focused name out there.”