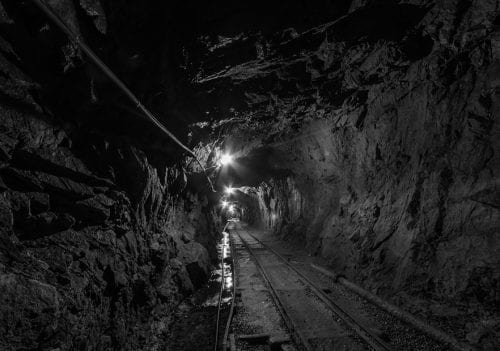 Ivanhoe Mines has installed a new crusher on site, and expects the past-producing asset to be ready for operation before the end of the year.

The last hurdle to resuming underground operations at the Kipushi zinc mine in the Democratic Republic of Congo (DRC) has been overcome, with Ivanhoe Mines (TSX:IVN) installing a new crusher on site.

The company announced on Tuesday (May 29) that a large-capacity rock crusher has now been successfully lowered 1,150 meters below surface at the upgraded zinc-copper–silver-germanium asset in the DRC’s Copperbelt region.

According to the company, the crusher has a maximum capacity of 1,085 tonnes an hour. After the 54-tonne machine was disassembled on surface, the pieces were lowered down Kipushi’s main production shaft and installed in the crusher chamber. Reassembly of the crusher is underway and commissioning is expected to begin in June.

Robert Friedland, executive chairman of Ivanhoe Mines, said that the delivery of the crusher is a noteworthy engineering accomplishment in the ongoing upgrading and restarting of the mine, which has been on care and maintenance since 1993.

The mine required significant attention to bring back to life after the lower levels flooded in 2011.

Previous refurbishing at Kipushi involved work on a series of vertical mine shafts with associated head frames to various depths, as well as underground mine excavations. The underground infrastructure also includes a series of pumps to manage the influx of water into the mine.

Ivanhoe has undertaken negotiations with the state railway company to rebuild tracks connecting the mine to the rail network so that it will be able to move zinc to the coast of South Africa via Zimbabwe.

Friedland said that the company is also continuing negotiations with stakeholders to explore commercial mining options at Kipushi, which is a joint venture project between Ivanhoe and Gécamines, a DRC state-owned mining company.

“Since acquiring our 68 percent interest in the Kipushi project in 2011, our team has worked with Gécamines to achieve our shared objective of resuming commercial production. In parallel with ongoing mine upgrading work and completion of the definitive feasibility study, we are evaluating a number of proposals we have received to fund the remaining infrastructure construction,” he explained.

Gécamines owns the remaining 32 percent of the project, and was the sole operator of Kipushi from 1967 to 1993, when it placed the mine into care and maintenance due to economic and political factors in the region. The mine had been operational since 1924.

According to Ivanhoe, Gécamines discovered the “big zinc deposit” at Kipushi, located 1,250 meters below ground, before the property was idled in 1993. The deposit is the initial prize that the joint venture partners are seeking to mine when Kipushi becomes operational.

Exploration and drilling done by Ivanhoe shows the big zinc deposit’s measured and indicated mineral resources are an estimated 10.2 million tonnes grading 34.9 percent zinc, 0.65 percent copper, 19 g/t silver and 51 g/t germanium at a 7-percent zinc cut off; that amounts to about 7.8 billion pounds of zinc.

Although underground work is nearing completion there is much more to do — attention will now turn to aboveground work.

Ivanhoe Mines says the current mine redevelopment plan, based on a December 2017 prefeasibility study, has a construction period of less than two years, with a life-of-mine average annual production rate of 225,000 tonnes of zinc and cash costs of US$0.48 per pound zinc over an 11-year initial mine life.

The study shows that the Kipushi mine will rank among the world’s largest zinc mines when fully operational.

The company expects the project to be ready for operation before the end of 2018, and a definitive feasibility study is currently underway to optimize its economics; it will be released later in 2018. An updated mineral resource is expected in June.

Kipushi is one of three priorities for Ivanhoe, and its second in the DRC, where the company is also focusing on the Kamoa-Kapula copper discovery. Ivanhoe’s third project is the Platreef project in South Africa, a platinum–palladium–gold–nickel-copper project.