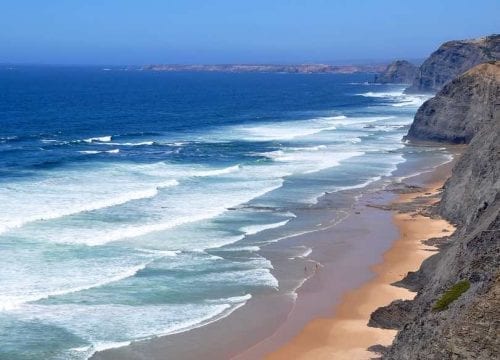 Ascendant says it now has a measured and indicated resource across two zones of 7.8 million tonnes grading 8.38 percent zinc equivalent.

Canada’s Ascendant Resources (TSX:ASND,OTCQX:ASDRF) has announced that an updated resource estimate for the Lagoa Salgada (salt lagoon) project in Portugal has markedly increased its resource base.

Ascendant announced it had acquired its interest in Lagoa Salgada in August 2018 — paying US$2.45 million in cash and shares and securing the option to acquire up to an 80-percent interest in Redcorp through further investment and the delivery of a feasibility study.

In today’s release, the company said that with a modest drill program of 20 drill holes, it now had a measured and indicated mineral resource across two zones of 7.8 million tonnes grading 8.38 percent zinc equivalent.

President and CEO of Ascendant, Chris Buncic, said that with the drill program, the company was delivering on its goal to expand and upgrade the estimates for Lagoa Salgada, which in August the company had described as a high-grade deposit on the Iberian Pyrite trend. The area has zinc mines operated by Lundin Mining (TSX:LUN) and Trafigura — which has a significant interest in zinc-smelter Nyrstar (EBR:NYR).

“The material increases in scale of the resources represent a significant milestone for Lagoa Salgada and validates our initial investment thesis that a modest drilling budget could provide outsize value and show the world class potential for Lagoa Salgada,” said Buncic.

“Our 2018 exploration program was exceptionally well executed and significantly exceeded expectations by nearly doubling the tonnes in both deposits while concurrently improving the grade profile of the deposits.”

He added that Ascendant planned additional exploration work at Lagoa Salgada in the coming year.

In Toronto, Ascendant’s share price was a up 4.44 percent to C$0.47 by the time markets closed on Wednesday. Year-to-date, the company’s shares are up 16.05 percent.

Ascendant has a 100-percent interest in the El Mochito zinc mine in Honduras, for which the company has a 2018 production guidance of 85-95 million pounds of zinc equivalent with a 100-percent offtake agreement with Nyrstar.

The zinc price suffered immensely in 2018 — falling 24 percent over the year. While the base metal has recovered somewhat since the new year — up 7 percent so far — it has seen back-to-back losses since early February, reaching two-week lows at US$2,646 per tonne as of Tuesday (February 12).

Best Copper Stocks of 2020 on the TSX
Zinc and COVID-19: Who’s Reacting and How?
5 Top Weekly TSX Stocks: Precious Metals Stocks Lead the Way
Tilray Down on Revenue Drop in Quarterly Results

One response to “Ascendant Not Salty About Portuguese Zinc Purchase”