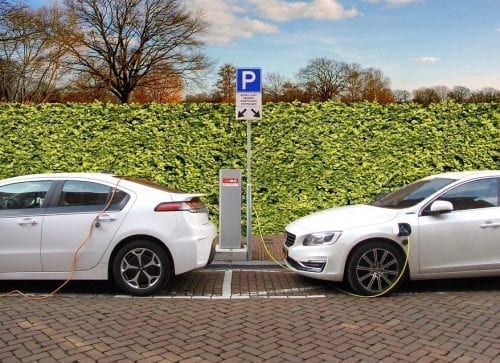 Demand has finally started to outstrip supply for nickel, as the Philippines lags in resuming production and “feverish” EV forecasts.

Demand has finally started to outstrip supply for nickel, but the market will require multi-year deficits to draw down the significant glut of excess metal that has been built up in warehouses.

According to the report, the price of nickel is finally beginning to tick upwards after a decade of surplus in supply saw prices fall from US$25 per pound in 2007 to a low of US$3.50 per pound in 2016.

Nickel is currently (May 10) trading at US$6.26 per pound – though Scotiabank predicts that the price of the base metal will continue to push upwards heading into 2019 and beyond.

“Nickel prices are expected to gradually move higher over the next half decade as inventories normalize, averaging $6.00/lb in 2018 and $6.50/lb in 2019,” says the report.

Scotiabank notes that the increase in demand has a long way to go in drawing down excess inventory of nickel in global exchanges, as they are currently sitting on more than 70 days of global nickel demand, while other base metals are comparatively svelte. Copper has 11 days worth of supply, and zinc is all the way down at 7 days.

Demand has so far reduced inventory by 30 percent since early 2016.

The reports thoughts on why there’s more appetite for nickel echo those of FocusEconomics’ latest report, which said that “the strengthening in nickel prices over last year’s lows is being driven by solid global demand… Increasing demand for electronic vehicles, which use batteries with a higher nickel content, is supporting prices for nickel.”

Scotiabank’s take leans on electric vehicles and batteries less though.

“While EV batteries could provide significant to future nickel demand, it is worth remembering that nickel demand over the next five years will remain governed primarily by the stainless-steel sector—stainless steel accounted for 69 percent of end-use nickel demand in 2018 vs only 3 percent for EV batteries,” says the report.

There are also “early warning signs” that China will be demanding less nickel through the rest of 2018.

“Stainless steel demand has been weaker than expected following the Chinese New Year and inventories are building up at domestic mills, which will likely lead to stainless run-cuts and reduce nickel demand from its primary end-use sector.”

Scotiabank also said that increasing demand is being met with uncertainty in supply, with the world’s former champion in nickel mining, the Philippines shuttering mines and slashing production from 347,000 million tonnes in 2016 to 230,000 million tonnes last year.

President Rodrigo Duterte has also shown no sign of softening his approach in the time since.

Over half of the Philippines nickel producing mines have been shuttered over the past two years following an environmental audit, and the report said that the department responsible for the action is slow in reopening them despite a change in leadership.

For that, the Philippines gave up first place in nickel production to Indonesia, which has relaxed its own laws on exporting low-grade nickel.

“(Indonesia) is exporting ever-more nickel ore after the unprocessed ore ban was lifted last year, and the raw material is being accompanied by nickel pig iron sourced from Indonesia’s growing domestic processing industry.”

The report also said that the higher price is being helped along by lingering fears over sanctions after the US started handing them out earlier this year.

Currently, nickel is trading at US$6.26 per pound.