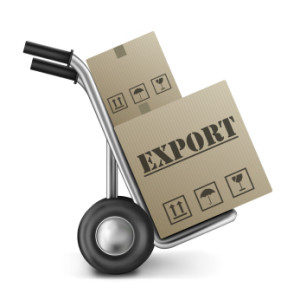 In what is being hailed as a controversial ruling, the Indonesian government on Sunday went through with its plan to ban unprocessed ore exports. Aimed at increasing investment in the country by encouraging miners to process ore domestically, the ban has already sent shares of nickel miners soaring.
It’s also sent many nickel market participants reeling, largely because up until the ban was passed the expectation was that Indonesia — the world’s biggest supplier of nickel ore — would not go through with an unadulterated ban. Instead, as Nickel Investing News reported in November, anticipation was rife that a tamer “phased ban” would be put in place.
Indeed, for some metals that’s exactly what happened. The Financial Times states that in an 11th-hour move, the Indonesian government decided to “allow producers of partially processed copper, iron, zinc, lead and manganese to export their ‘concentrate’ until 2017.” As a result, mining giants like Freeport-McMoRan Copper & Gold (NYSE:FCX) and Newmont Mining (TSX:NMC,NYSE:NEM) have nothing to worry about for the time being, as per Reuters.
However, nickel — as well as bauxite, tin, chromium, gold and silver — does not have intermediate products and thus must be refined.
Initial impact
As mentioned, the ban has already benefited some nickel miners. Among them, according to The Sydney Morning Herald, are Western Areas (ASX:WSA), Sirius Resources (ASX:SIR) and Panoramic Resources (ASX:PAN), in addition to BHP Billiton (ASX:BHP,NYSE:BHP,LSE:BLT). Philippines-based nickel companies, such as Nickel Asia, are also expected to benefit, Bloomberg notes.
In terms of price impact, nickel is already on the rise. Another Bloomberg article states that earlier today, London Metal Exchange nickel for delivery in three months reached $14,253 per ton, its highest price since December 30, before closing at $14,210. The news outlet also quotes Stephen Briggs, an analyst at BNP Paribas, as saying, “[t]he price is more likely to go up than down, even after this rise that we’ve had. The metal that is going to be most affected by this is nickel.”
More specifically, a Bloomberg Businessweek article quotes a report that suggests that nickel may average $15,000 per ton this year and $17,000 per ton in 2015. Further, in the next year or so the ban may push the nickel market into deficit for the first time since 2010.
Problems for Indonesia?
While much of the ban’s impact has been positive so far, that’s not to say all of it has. In fact, thus far it has resulted in at least one major problem for Indonesia: job cuts — 30,000 of them, according to the Indonesian Mineral Entrepreneurs Association’s count.
Of course, the Indonesian government sees the negative impact of those job cuts being overshadowed by the benefits the country will eventually reap from forcing companies to process ore within the country. However, as the Financial Times points out, many economists believe that the nation’s “already fragile economy” will be hurt by the job cuts and the “the loss of billions of dollars of export revenues” before those perks come into effect.
Those watching the nickel space should thus not be surprised to see the ban come up in Indonesia’s legislative and presidential elections this year, Reuters states. They should perhaps also not be surprised to see the parameters of the ban change if Indonesia’s economic situation grows too dire.