It’s no secret that the iron ore market has been facing tough times, with low-cost suppliers flooding the market and the slowing Chinese economy creating a surplus. On Monday, the World Bank told Bloomberg that the surplus could last up to two years. 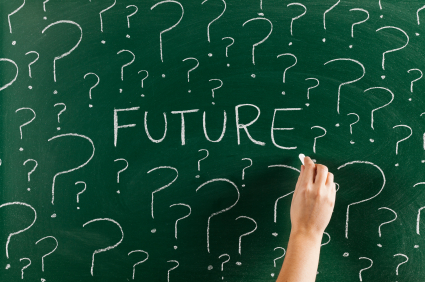 It’s no secret that the iron ore market has been facing tough times, with low-cost suppliers flooding the market and the slowing Chinese economy creating a surplus. On Monday, the World Bank told Bloomberg that the surplus could last up to two years.

The prediction came from John Baffes, a senior economist at the World Bank, who’s based the unsettling forecast on what’s happened in the past.

“From experience from earlier iron ore episodes as well as other metal markets, it takes about one to two years for either excess supplies to get back to normal levels or excess demand to be met by larger supplies,” Baffes told Bloomberg.

The World Bank predicts that iron ore will average $75 per tonne in 2015, an increase from the current price, which has been floating in the $63 range. Morgan Stanley (NYSE:MS) also believes oversupply will rise through to at least 2018, increasing to 437 million tonnes in 2018 compared to 44 million tonnes in 2013. According to Goldman Sachs Group (NYSE:GS), global seaborne output will exceed demand by 47 million tonnes this year and 260 million by 2018; the firm predicts an average price of $66 per tonne this year.

Changes in China could boost demand

With all this disheartening news, it’s not easy to see a bright spot in the iron ore space. However, China’s recent rate cut could give the market the demand boost it needs.

Specifically, the People’s Bank of China announced a cut to its benchmark interest rates, reducing the one-year loan rate by 0.25 percent, to 5.35 percent. and the one-year deposit rate to 2.5 percent. The rate cut was made to help alleviate financial costs for state companies and to stimulate construction activity. That is the second cut the bank has made in just three months, with the one made on November 22 being the first since 2012.

The central bank has pointed to rising deflationary pressure as one reason for the move, noting in a statement accompanying the rate-cut announcement that plunging commodities prices worldwide “provide room” to spur growth by lowering the interest rates, as per The Wall Street Journal.

“The market was looking for some time for more easing in China on a back of economy weakness. In a short term, the hopes for more monetary easing and additional stimulus are likely to support the prices,” Weinberg told the publication Monday.

According to The Australian, benchmark iron ore for immediate delivery to the port of Tianjin, China was trading at US$63 per tonne on Monday, up 0.8 per cent from its previous close of $62.50 per tonne.