Rio Tinto, BHP Billiton and Vale continue to ramp up iron ore production despite the metal’s falling price and a global surplus. Here’s a look at why they’re doing that and how long they may continue to do so. 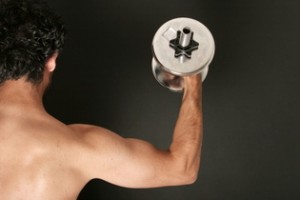 The past year or so has been tough for the iron ore market, with the metal’s price dropping nearly 50 percent in 2014 alone. Yet the top three miners continue to produce, forcing smaller companies out of business.

Those miners are Rio Tinto (ASX:RIO,LSE:RIO,NYSE:RIO), BHP Billiton (ASX:BHP,LSE:BLT,NYSE:BHP) and Vale (NYSE:VALE), and they’re continuing to up production despite the growing surplus in a race to gain the title of lowest-cost producer and to increase market share in China.

Here’s a look at how close to the endgame they may be.

Overproducing to stay on top

Morgan Stanley (NYSE:MS) estimates that approximately 170 million tonnes of iron ore have been removed from the market over the past year. However, Rio Tinto, BHP and Vale, together with Fortescue Metals Group (ASX:FMG) in Australia, have reportedly added 234 million tonnes of iron ore to global supply in the past two years; according to Vale, they will add another 196 million by 2020.

Explaining the logic behind not cutting production, Rio Tinto CEO Sam Walsh told Bloomberg that cutting iron ore output wouldn’t be in his shareholders’ best interests, as rivals would keep supply up if his company reduced production.

Walsh’s survival-of-the-fittest strategy is projected to see Australian and Brazilian imports control 80 percent of the Chinese market by 2015.

That said, the gameplan is not without costs. Rio just announced its 2014 results, and while they include underlying earnings of $9.3 billion and a 12-percent increase in the company’s full-year dividend, a recent hiring freeze implies that not all is well.

Moving in on China

China currently accounts for two-thirds of global iron ore demand, and while the country has been trying to safeguard against foreign monopolies by continuing domestic production, the falling price has it taking a step back. According to a Reuters article, one mine in Beijing that produces 2 million tonnes of iron ore annually plans to suspend production for a month and a half — it’s the first state-owned mine to do so.

China’s domestic supply is projected to fall by another 70 million tonnes this year, and Goldman Sachs (NYSE:GS) estimates that another 50 million tonnes of marginal supply outside of China may be at risk despite a stronger US dollar, lower freight costs and the lower oil price.

All that is good news for major miners trying to gain a bigger piece of the pie in the Asian nation. Indeed, Reuters suggests they may be “entering the final phase of [their] fight to increase market share in China.”

On a higher note

While it can be tough to see the positivity in the iron ore market, it’s important to realize that some bright spots do exist. For instance, last week iron ore rose to a two-week high near $63 per tonne; it was up 1.6 percent for the week after gaining 0.2 percent the previous week.

Reuters has warned that any rebound may be brief against the backdrop of a slowing Chinese economy and more low-cost supply coming into the market, but it’s clear that for those still interested in the iron ore market, there are ways to profit.