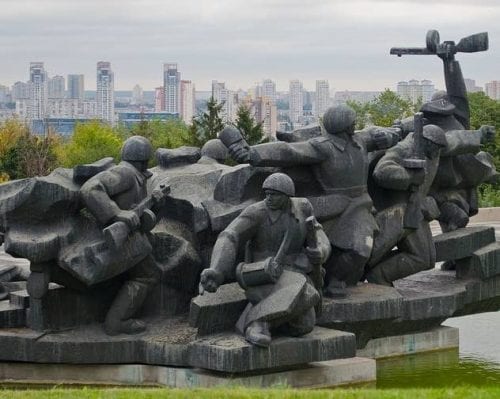 Black Iron has signed a memorandum of understanding with Glencore to help fund the construction of Shymanivske in Central Ukraine.

Canadian miner Black Iron (TSX:BKI,OTC Pink:BKIRF) has signed a memorandum of understanding (MOU) with a subsidiary of mining giant Glencore (LSE:GLEN) to help fund the Shymanivske iron ore project in Ukraine, where government forces continue to engage in a frozen conflict with Russia.

Confident that any risk to the project is low, Black Iron said the non-binding MOU contemplates Glencore making an investment to help fund construction of Shymanivske in return for an offtake agreement of up to 100 percent of the envisaged full phase 1 output from the mine of 4 million tonnes per annum.

Stocks reacted positively to the agreement, with Black Iron’s share price jumping by 35.29 percent on the Toronto Stock Exchange on Wednesday (February 20) to C$0.11.

The relationship between Glencore and Black Iron has a ways to go however, with the MOU outlining a plan for cooperation between the two companies to leverage relationships to source the balance of funds required to construct the project.

Shymanivske is located in central Ukraine, 330 km southeast of Kiev and importantly — 450 km west of the frontline of the war in the Donbass, where the Ukrainian government has been fighting Russian-backed rebels since early 2014.

In an interview with the Investing News Network, Black Iron CEO Matt Simpson said that his company — and many others invested in the KrivBass iron ore district where Shymanivske is located — are confident that the conflict to the east doesn’t pose a threat to the project, pointing out that the front line has not moved for five years and Russia does not appear to have plans to push deeper into the country having already achieved its two objectives.

“[Objective] one was because they wanted to take control of Crimea …and Russia was very transparent when they went into Crimea that it wasn’t some rebel forces — that it was was actually the Russian military… they didn’t want to hide the fact that they were doing this to protect their naval fleet.”

Objective two, said Simpson, was to lock Ukraine out of NATO by triggering conflict in the ethnically Russian parts of the country, preventing it from ascending into the military alliance and keeping NATO away from its borders.

“As long as Russia remains in Ukraine with that active conflict, regardless of whether that front line moves or not, it prevents Ukraine from joining NATO, so it’s very strategic.”

Any further incursion would be pushing into ethnically Ukrainian regions (like those around Shymanivske), and would attract further international sanctions from the US and the EU.

“If they’re going to [invade], they would have done it five years ago,” said Simpson.

In other words, Russia already has what it wants with Ukraine, and any movement of the front line would not be necessary for geo-political and economic reasons.

Simpson said that there was plenty of evidence Black Iron was not the only company confident that its project — and Ukraine overall — was safe.

“There are several multinational companies invested in Ukraine, and the best example in iron ore is Arcelormittal (NYSE:MT),” said Simpton.

“Arcelormittal is a global iron ore and steel company, they have operations in several countries including in Canada, but yet they announced in November last year that they’re investing US$1.3 billion into Ukraine.”

“So why would they make such a big investment into Ukraine? it’s really two reasons…they must also be comfortable that that frontline is not going to materially move, and risk their operation, and because they’re making phenomenal profits in the country because the cost to produce iron ore in ukraine is probably 25-30 percent lower than it is here in Canada.”

He also pointed to investments by steel and mining group Metinvest in the country, which ships steel products out of the port of Mariupol, which is right on the frontline in eastern Ukraine.

“[This is] all backed by big international banks…these banks wouldn’t put this money into Ukraine if they also weren’t comfortable with the situation.”

Looking at where Black Iron intends to sell its product, Simpson said that for all intents and purposes, Russia was out (not legally, but certainly politically and socially) — but the Middle East was in.

He explained that steel mills in the Middle East tend to prefer much higher grade iron ore content for a process called direct reduction, “which very few companies in the world can make, and we are one of the companies that can make that product.”

Direct reduction requires 69 percent iron content in ore, which has silica below 2.5 percent — something Simpson said was within Black Iron’s ability to provide.

Simpson added that in light of 70 million tonnes of iron ore being taken off the market in response to Vale’s (NYSE:VALE) tailings dam disaster in January, there was uncertainty as to where that output would be made up, and where the iron ore price would land in 2019.

“What a lot of people don’t realize is that although some of that production can be displaced by Rio Tinto (ASX:RIO,LSE:RIO,NYSE:RIO) or BHP (ASX:BHP,NYSE:BHP,LSE:BLT) or possible from Vale themselves, what can’t be easily displaced is — out of that 70 million tonnes includes 10 percent of the world’s pellets and pellet feed.

“And that’s the product that Black Iron makes, and to make the pellets or pellet feed, you basically have to have a processing plant, so it’s not something that Rio Tinto or BHP have.”

Simpson said that the fundamentals of the project, combined with events in Brazil and the iron ore price, make Shymanivske all the more attractive as a project — whether a war is taking place in Ukraine or not.