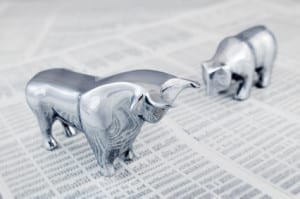 Tuesday June 14th marked the first ever Vancouver Commodities Forum, hosted by Zimtu Capital.
Held at Vancouver’s Hyatt Regency Hotel, the conference was small but well attended. Over 20 companies exhibited, most of whom are partnered with Zimtu, while a number of industry thought leaders gave presentations at the event.
The Investing News Network (INN) was on the floor to speak with presenters and companies. Here are a few highlights:

Zimtu’s Dave Hodge kicked off the conference with an introduction of all the companies in attendance. Next up was Joe Martin of Cambridge House, who spoke about the importance of the junior mining industry and the difficulties the sector has seen as a result of what he sees as ‘strangulation by regulation’ in recent years.
John Kaiser of Kaiser Research gave a presentation entitled “Criticality of Supply in the Age of Trump,” in which he spoke about the importance of critical metals, security of supply, and what geopolitical risks could mean for metals markets, among other things. Kaiser also spoke with INN about some of his recent stock picks, and about his thoughts on the zinc market.
Jon Hykawy of Stormcrow Capital spoke about lithium-ion batteries, highlighting the importance of cobalt in light of growing battery demand. He also stressed that there is more to the market for lithium than just batteries—while other markets are often overlooked amidst all of the excitement over the battery space, lithium is used in a range of other applications, including ceramics, glasses and industrial greases.
Finally, closing out talks for the day was Chris Berry of House Mountain Partners and the Disruptive Discoveries Journal. Berry spoke about changes in the energy market and how he sees raw materials such as lithium as the lynchpin of that change. However, he also warned that an oligopoly of producers still remains in the lithium space, and that despite high prices, new players will need to keep costs of production low in order to compete.

Some of the junior explorers and developers we met at the event included:

Stay tuned for our video interviews with speakers and executives from the event!
Follow us@INN_Resource for real-time news updates!

Give me my free report!
Securities Disclosure: I, Teresa Matich, hold no direct investment interest in any company mentioned in this article.