Though tax hikes and violent labor disputes have plagued Zambia’s mining industry of late, investor interest, particularly from China, has not been deterred. 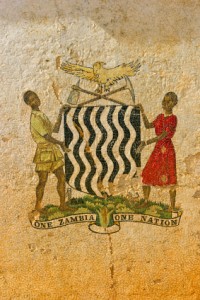 China is not the only country eager to increase its investment in Africa’s copper potential. In particular, corporate interest in Zambia is gaining ground, even though the continent’s biggest copper-producing nation has ratcheted up its mining tax. However, meeting the country’s need for revenue and maintaining corporate profit remains a point of contention that has led to violence.

For now, companies are not shying away from putting more of their money into Zambia. Earlier this month, Vancouver-based First Quantum Minerals (TSX:FM,LSE:FQM) said that it will invest over $4 billion in new and existing Zambian mines over the next few years. The company currently operates the Kansanshi mine, which has undergone several expansions since operations began in 2005 and is the largest copper mine in Africa. The site currently has the capacity to produce 250,000 tonnes of copper and 100,000 ounces of gold per annum, and it plans to increase copper output to 400,000 tonnes by 2015. In addition, First Quantum’s Trident project, which includes the Sentinel mine, is expected to produce between 280,000 and 300,000 tonnes of copper per annum.

Such bullishness persists despite the fact that disgruntled Zambian workers protesting for more pay recently killed a Chinese manager at a coal mine, and even though earlier this year Fitch Ratings downgraded the country’s rating outlook to negative from stable amid concerns about the government’s economic policies.

However, the single biggest factor weighing on the minds of copper investors is Zambia’s mineral royalty taxes, which rose to 6 percent from 3 percent last year. Most industry analysts expect that together with tighter regulations, the tax hike will lead to a surge in Zambia’s revenue rather than a mass exodus from the country. The latest legislation not only raises tax rates, but has also pushed for multinational mining groups — including Glencore International (LSE:GLEN), Vedanta Resources (LSE:VED), Vale (NYSE:VALE) and First Quantum — to be more transparent about providing information regarding recovery and the efficiency of metallurgical processes. Mining companies are also required to provide information about metal quality and how much metal they have sold.

Despite the latest Zambian mine fatality, China remains the country’s biggest investor, pumping over $1 billion into Zambia in 2010 alone. Chinese President Hu Jintao said last month that Beijing will offer $20 billion in loans to African nations, including Zambia, over the next three years as China continues to seek out opportunities to secure resources across the continent. Indeed, China has been Africa’s single-largest trading partner since 2009, as the economic powerhouse relies heavily on the mineral wealth of the continent to keep its growth engine revving. Continued commitment from China for mineral wealth would certainly bolster Zambia’s own finances, given that copper accounts for nearly 70 percent of the nation’s export earnings. Still, with global copper prices losing nearly a quarter of their value over the past year, Zambia has seen its output of the red metal fall to around 421,000 tonnes during the first six months of 2012 from around 463,000 tonnes during the same period a year ago.

China, which remains the world’s largest copper consumer, accounting for over 40 percent of the market, is also involved in Zambia through privately-owned China Copper Mines, which is expected to develop a $100 million copper project in Zambia, according to the Zambian Environmental Management Agency. The project, which will develop open pits in the Copperbelt province, will be the company’s first project in the African nation. One major challenge for Chinese miners will be overcoming accusations of abuses related to labor and the environment. Indeed, human rights group Human Rights Watch has argued that Chinese-operated mines in Zambia face unusually harsh working and safety conditions, and President Michael Sata has been vocal in raising his concerns about the issue.

The question remains as to how Zambia’s budgetary needs will continue to align with the financial aspirations of companies that are heavily invested in the country.