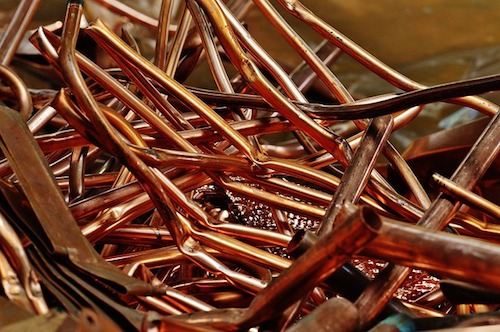 While profits were down compared to 2018’s results, Sandfire Resources is proudly showing off record production from its DeGrussa operation.

While profits were lower than in its 2018 fiscal year (FY18), Sandfire Resources (ASX:SFR,OTCQB:SRAFF) is showing off record copper and gold output from its DeGrussa asset.

In its annual financial results report, Sandfire lays out a group net profit after tax of AU$104 million, down from FY18’s AU$120.8 million. The company noted the fall of copper prices during its 2019 fiscal year (FY19), which impacted profits. However, between DeGrussa’s record production, record low C1 costs and a lower Australian dollar, the blow from copper’s weakened state was offset.

FY19 saw the production of 69,394 tonnes of contained copper and 44,455 ounces of contained gold out of DeGrussa. At a C1 cost of US$0.83 per pound, this was Sandfire’s highest operational performance in terms of volume and cost.

“The quality, grade and consistency of the DeGrussa operation once again shone through with the project delivering its best-ever production performance in terms of key physicals and record low operating costs underpinned by a focus on cost control and optimisation,” Sandfire Managing Director Karl Simich said in a statement.

Simich went on to highlight strengthening and diversifying the company’s pipeline as one of its key objectives for the year.

“Other highlights during the year included the successful development and ramp-up of the new high-grade Monty copper-gold mine, which is now feeding ore into the DeGrussa concentrator, and the significant progress we made in advancing our global growth strategy.”

Sandfire had a busy year, with one notable move being its attempts to coax MOD Resources (ASX:MOD,LSE:MOD) into an acquisition. In January, MOD shot down a deal from Sandfire on the basis that the AU$113 million offer undervalued MOD’s assets, primarily its T3 copper project in Botswana.

After going back to the drawing board, the two companies announced in June that they had executed a binding scheme implementation deed. With a fresh offer of AU$0.45 per share, or AU$167 million, the two came to an agreement.

Simich noted in Tuesday’s (August 28) release that the acquisition should be completed in late October. It will be followed by exploration activities in Botswana and the optimization of T3’s feasibility study.

In Australia, Sandfire’s share price was up 3.07 percent on Tuesday, ending the day of trading at AU$5.70.