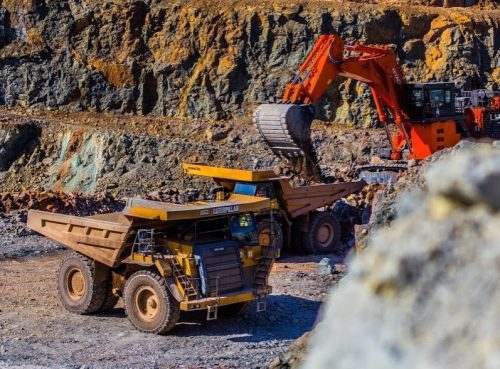 The miner has improved guidance for its Spanish copper operations, with the Proyecto Riotinto mine producing more copper concentrate than expected.

The third quarter of 2018 has brought good news for copper miner Atalaya Mining (TSX:AYM), which reported on Wednesday (October 10) that its Riotinto mine in Spain had performed better than expected.

The news backs up Atalaya’s position as the third-best performing copper-focused miner in the TSX so far in 2018, with its share price up 68.65 percent since the beginning of the year.

The third quarter production results are the highest quarterly results since production was restarted in 2016.

CEO of Atalaya Alberto Lavandiera was suitably chuffed with the news.

“We are delighted to report copper production at Proyecto Riotinto for Q3 2018, reaching a record 11,055 tonnes. This is the highest quarterly copper production since the project was re-started. Positively our production guidance for the year has also increased.”

In the same release, the company reported that upgrade works designed to increase ore throughput to 15 million tonnes per annum were proceeding as planned.

“Overall progress completion at the end of the reporting quarter was 65 percent. Procurement has progressed to 64 percent completed. Earthworks are almost completed with only minor final activities pending.”

The company estimated that the expansion project will be completed by the end of Q2 next year.

Currently, the mine has a throughput of approximately 10 million tonnes per annum, with the Q3 results reported to be 2.5 million tonnes.

While copper production is up, the copper price has been down over the same period, with the company reporting that the average realised price per pound of copper payable was US$2.89 compared to US$3.12 per pound in Q2.

Earlier in the quarter, the company reported an update to the project’s resources and reserves estimate that marked a 29-percent increase in mineral reserves.

On the London Metal Exchange, copper has been hit hard by the trade war, although as of mid-October it was trading up from rock bottom last month, at around US$6,200 a tonne compared to lows of around US$5,800 in September.

On the TSX, Atalaya Mining was trading at C$4.25 per share on Wednesday, up 1.19 percent on the previous day’s close.

Zinc Exploration in the Mining-friendly Jurisdiction of Spain
Metals Weekly Round-Up: Gold Passes US$1,750, Then Falls Lower
How Biogas and RNG Can Power the Transport Industry
Potash and COVID-19: Who’s Reacting and How?