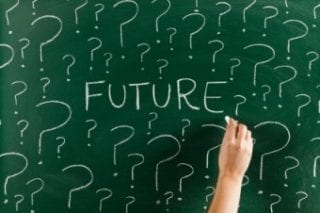 Many experts are warning that copper’s price rally could be overhyped, and that a price correction may be just around the corner.

Copper prices have been surging since the beginning of the year, gaining more than 18 percent since January.
Earlier this week, LME copper hit a fresh three-year high of $6,649 per tonne, while COMEX copper futures for September delivery rose above $3 per pound — that’s their highest level since November 2014.
The base metal began to gain in earnest after jumping 7 percent in July. Its rapid price rise has been fueled by supply concerns caused by upbeat Chinese data and mine disruptions earlier this year. A softer dollar has also helped pushed prices higher.
But many experts are now warning that copper’s price rally could be overhyped, and that a correction may be just around the corner.


Give me my free report!
“[S]omething seems off about this recent rally, and we still remain skeptical of its strength and duration,” Dane Davis of Barclays (LSE:BARC) wrote in a note. “We think that this is a market that is overreacting to short-term conditions and ignoring several warning signs.”
New projects in Africa, Panama and Chile will boost supply from 2018 to 2020, Davis said, and demand from China is slowing and expected to continue to slow.
Michael Widmer, a metals strategist at Bank of America (NYSE:BAC), agrees with Davis. “We aren’t seeing the improvement in fundamentals that would justify prices moving higher,” he told Bloomberg. “The risk of a correction is there in all metals, but copper is the one that stands out the most.”
Similarly, George Gero, managing director at RBC Wealth Management, said that at the current level, “copper shows economic recovery that we haven’t seen.”
Some analysts are more optimistic about copper in the next few months. For example, Vertical Research analyst Mike Dudas recently said the base metal has more room to run.
“[Copper] has had a really strong move over the last 6 to 7 weeks, so I wouldn’t be surprised to see if there’s a little bit of a bad data point in China, which could cause a pullback,” he told CNBC. “But I would buy a pullback in copper if there is one.”
Other macroeconomic trends are also contributing to Dudas’ prediction. “When you combine [supply and demand] with some more favorable macros like a weaker US dollar and what appears to be a more dovish Fed, I think the rally’s going to continue,” he explained.
Meanwhile, Bart Melek, head of commodities strategy at TD Securities, said he would not be surprised to see copper rise to $6,700 or $6,800 on momentum. “It can get more expensive. It looks to me like there’s some momentum here.”
Mercenary Geologist Mickey Fulp also recently told the Investing News Network that he is a short-term copper bull and revealed his top base metals stock picks. Click here to watch the full interview.
What do you think? Will copper’s price rally continue or run out of steam? Let us know in the poll below!


Don’t forget to follow us at @INN_Resource for real-time news updates!
Securities Disclosure: I, Priscila Barrera, hold no direct investment interest in any company mentioned in this article.