Are the winds finally turning for the resource market? HudBay Minerals shakes things up with a hostile bid for Augusta Resources. 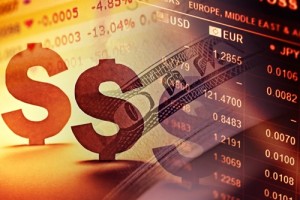 Are the winds finally turning for the resource market? It certainly appears that way given the recent resurgence in takeover bids by major players.

The most recent takeover bid comes from Canadian base-metal miner HudBay Minerals (TSX:HBM). On February 9, HudBay made an all-share bid for Arizona-focused Augusta Resources (TSX:AZC) in a cash and stock deal worth about C$540 million.

Under the terms of the deal, Augusta’s shareholders will be entitled to receive 0.315 of a HudBay common share for each Augusta share that they hold. The deal represents roughly C$2.96 per share, and is a 62-percent premium on Augusta’s 20-day volume share price on the February 7 closing price.

Augusta Resources responded to the announcement by stating that it will review the offer this week and update shareholders shortly. The company also urged its shareholders to take no action until the company can make a decision.

The miner recommends that Augusta shareholders accept its all-stock takeover offer seeing as the junior doesn’t have the financial strength or expertise to develop its Rosemont copper project without help.

According to comments made Monday by HudBay’s president and CEO, David Garofalo, the company has been “ patient and supportive [of] shareholders in Augusta since [its] initial investment in 2010.” He added that the company believes “Augusta’s management continues to be overly optimistic about the permitting time and Augusta’s ability to complete the necessary engineering and raise the necessary financing to construct the Rosemont project.”

Garofalo believes that moving forward at Rosemont, Hudbay’s “technical team will be better-positioned to advance this project forward.”

Rival bids on the horizon?

Though the offer for Augusta is still new, analysts have been speculating that a higher bid from rival companies could be more than likely. According to the Financial Post, “a higher bid from HudBay is a certainty, and there is a strong possibility of a rival offer as well.”

Peter Campbell, an analyst at Jennings Capital, believes HudBay’s offer “significantly undervalues Augusta.” He also said that his firm believes that “shareholders who have been in Augusta for the long-term, and have held on throughout the lengthy stage of permitting the project, would be giving up significant value by accepting this offer.”

Possible bidders for the junior include Teck Resources (TSX:TCK.B), Lundin Mining (TSX:LUN) and Capstone Mining (TSX:CS). But for now, investors must wait and see what the future holds for Augusta.