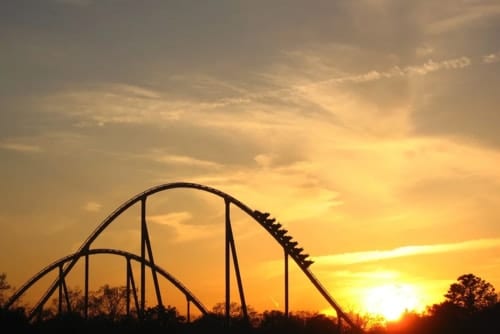 After plummeting together with markets on the worst day Wall Street has seen since 1987, copper prices continued to trend downward today.

Copper prices have lost more than 15 percent since the start of the year, touching a 40-month low on Monday (March 16) when the red metal was trading at US$5,210 per tonne.

After plummeting together with markets on the worst day Wall Street has seen since 1987, copper prices continued to trend downward today (March 17) on the back of demand slowdown fears.

The coronavirus pandemic is expected to hit demand in China, the world’s top consumer of the red metal, but also in other countries as lockdown measures around the world increase.

“Despite the very, very negative numbers for China over the weekend in terms of industrial production and fixed asset investment, I would still say that the general view is that China should recover from here,” said analyst Carsten Menke at Julius Baer.

“Of course, there is the impact on metals markets based on what’s happening outside of China at the moment, not to speak of the overall spread of risk aversion. The other half of global (metals) demand is outside of China.”

Central banks and governments around the world have responded to the coronavirus impact with different measures including lockdowns, interest rate cuts and promises of stimulus spending packages.

On Sunday (March 15), the US Federal Reserve made its second emergency rate cut this month, dropping the federal funds rate to 0 to 0.25 percent. The Fed also plans to launch a quantitative easing program, boosting its bond holdings by at least US$700 billion.

Meanwhile, base metals miners have taken precautions in an effort to prevent a further spread of the coronavirus. COVID-19 has infected more than 198,000 people with the death toll now standing at over 7,900. More than 81,000 have recovered.

After Peru announced a 15-day national quarantine, global miner Anglo American (LSE:AAL,OTCQX:AAUKF) said it would slow down the construction work of the US$5-billion Quellaveco copper project in the South American country. The project is expected to begin production in 2022, with production expected to reach 300,000 tonnes during the first 10 years.

In Canada, Brazilian miner Vale (NYSE:VALE) will place its Voisey’s Bay copper mine into care and maintenance for four weeks to protect nearby indigenous communities from the virus outbreak. Copper concentrate from the mine was around 25,000 tonnes last year.

Earlier this week, Rio Tinto (ASX:RIO,LSE:RIO,NYSE:RIO) said it was slowing down the expansion of its giant Oyu Tolgoi copper project in Mongolia as a result of restrictions imposed in the nation to respond to the pandemic. The expansion project is aiming to increase output to more than 500,000 ounces a year.