Copper plummeted the most in three months, Tuesday, over concern that surging oil costs would stall economic growth and dampen demand for the industrial red metal. 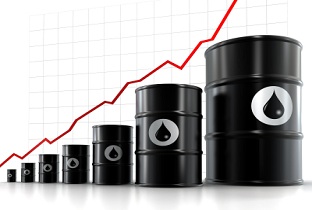 Copper plummeted the most in three months, Tuesday, over concern that surging oil costs would stall economic growth and dampen demand for the industrial red metal.

Escalating violence in Libya propelled oil to its highest price in two-years over concerns that the global recovery may be stalled by the turmoil. The uncertainty has also pulled investors toward safe-have investments, and away from base metals. Three-month copper on the London Metal Exchange fell to a session low of $9,580.50 a tonne, versus $9,810 a tonne at the close on Monday.

The metal also fell as equities retreated and the dollar strengthened against a basket of six major currencies. U.S. Consumer confidence has rose to a three-year high in February, following a report that showed better-than-anticipated data on Tuesday. However, a drop in home prices for the sixth month in a row in December suggests the economy still faces significant hurdles. Copper futures for May delivery dropped 13.3 cents, or 3 percent, to close at $4.363 a pound at 1:28 p.m. on the Comex in New York. This is the contract’s lowest price since November.

Stockpiles tracked by the LME rose for the sixth day, touching 411,475 tonnes, the highest level since August.  Last week, inventories monitored by the Shanghai Futures Exchange jumped to a nine-month high of 161,062 tonnes.

Concerns over China’s Feb 18th rate increase is a black cloud over the copper market, and has stoked concerns that China’s aggressive inflation-busting measures will calm the nation’s demand for copper. The recent rate hike was the second one this year, and the third in four months. However, according to Chile’s Mining and Energy Minister Laurence Golborne- demand for copper from the nation is not slowing down, despite the government’s attempts to cool the economy. “Even with increasing inventories prices have remained firm,” Golborne said in an interview.

Taseko Mines Ltd. (TSX:TKO) has resubmitted its environmental application for the Prosperity Gold-Copper Project near Williams Lake, British Columbia to the provincial and federal governments. The original proposal for the project was rejected by the federal cabinet last November over environmental concerns. The primary concern was the destruction of Fish Lake, an important local fish habitat. In the new plan, Taseko outlines plans to preserve Fish Lake, by draining and replacing it with an artificial lake to mitigate the habitat loss. In a release, Company CEO Russell Hallbauer said the rising price of metals has allowed the company to proceed with the new design proposal which adds construction and life of mine operating costs of about $300 million dollars. Taseko is confident that the new plan will be approved.

Barrick Gold Corp. (NYSE: ABX)(TSX:ABX) has posted record fourth-quarter 2010 results driven by higher gold sales volumes and higher prices for both gold and copper. Fourth quarter reported a net income of $896 million or 90 cents per share. Full-year reported net income came in at $3.27 billion. Adjusted net income was up 57 percent year-over-year to $947 million or 95 cents per share compared with $604 million or 61 cents per share in the prior-year quarter, in full-year 2010, adjusted net income rose 81 percent year over year to $3.28 billion. In the fourth quarter of 2010, total revenue of $2.9 billion was higher than $2.4 billion in the prior year quarter. Full-year 2010 total revenue was $10.9 billion versus $8.1 billion in the prior year. For the fourth quarter, copper production was 82 million pounds at total cash costs of $1.12 per pound.