Copper earned topped honours as the best performing investment for 2009, and the metal extended its ascent into the new year, reaching a 16-month high on Monday. The New Year’s run was fuelled by a looming strike at the Chuquicamata mine in Chile. 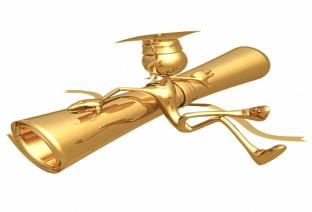 Copper earned top honours as the best performing investment for 2009, and the metal extended its ascent into the new year, reaching a 16-month high on Monday. The New Year’s run was fuelled by a looming strike at the Chuquicamata mine in Chile. On Tuesday, news that a resolution to the strike was on the horizon snapped the metals trend; ending the 10-day climb, the longest advance since the 10-day period ending December 12, 2005.

Copper for delivery in three months on the London Metal Exchange fell as much as 0.5 per cent to $7,465 a tonne. The March delivery contract on the Comex division of the New York Mercantile Exchange was 0.2 per cent lower at $3.3995 a pound.

Copper was the best performing metal. Copper prices started a gradual ascent in Q1 of 2009, but took off toward the end of the year as strike threats loomed.  Cumulatively, the metal, gained nearly 140 per cent in 2009.

To put this into perspective, gold gained 24.67 per cent. Copper is considered as a barometer of economic health due to its prolific use in infrastructure advancement and home construction.  Typically, when economies are growing and building is taking place,   copper prices rise.  So, how is it possible for the metal to advance in the midst of a recession?

Copper climbed last year as governments worldwide ramped up spending in an effort to stimulate a recovery to the largest recession since the Great Depression. China implemented an infrastructure based $585 billion stimulus package in 2009, which resulted in the country buying massive amounts of the metal. The United States also planned a massive $787 billion stimulus package, which also allocated significant funds to infrastructure spending.

What is in store for the metal?  “Copper has the best outlook for next year,” according to Eliane Tanner, a Credit Suisse Group AG analyst in Zurich. “In 2010, we can expect copper to move higher,” said Mathew Zeman, a LaSalle Futures Group trader in Chicago. “The global economic picture is looking up, and people are optimistic about the prospects for demand.”

Copper prices are most influenced by the two largest consumers – China and the US. China ended Q4 2090 with a 6.1 per cent GDP, as for 2010, China’s GDP is expected to expand by 8.5 per cent.  And for the United States, stimulus plans are set to be implemented this year with large amounts of copper earmarked for construction.

Marking news for more than the strike, Chile’s Codelco, the world’s top copper producer, announced that it will set a new output record for 2009, beating the previous peak of 1.73 million tonnes hit in 2004. Although the company has stayed fairly mum on the issue, one exec claimed that output would measure over 1.7 million tonnes. In 2008, Codelco produced 1.47 million tonnes of copper.

On Tuesday, shareholders formally approved the $1.2 billion expansion at Peru’s leading copper-zinc mine Antamina. The mine is a joint venture between BHP Billiton Ltd, Xstrata, Teck Cominco Ltd and Mitsubishi Corp.

The expansion will lift the volume of ore moving through its mills by 38 per cent, and extend the life of the mine until at least 2029. Construction is expected to start in the first half of 2010 and be operational in the second part of 2011.

KGHM, the Polish copper miner that is one of the world’s most expensive producers is searching for ways to slash costs. Unlike big producers in countries such as Chile, which extract copper from much cheaper open-cast mines, KGHM is digging the metal out from 1,000m underground from deposits that are becoming increasingly narrow and costly to mine.

The company has been one of the best-performing stocks on the Warsaw exchange; with copper prices at more than $7,400 a tonne, KGHM is earning big profits on every tonne produced. KGHM is fairly bearish about its predictions for 2010, anticipating earnings of $795 million for 2009, and slightly lower earnings for 2010.  That is pushing the company to bring its high costs under control. It is centralizing purchases and improving its processing, as well as investing more than 1.2 billion zlotys in modernization. The intention is to reduce the cost of producing a tonne of copper – now about  US$ 3860.86  per tonne – to closer to US$ 3334.99 per tonne.