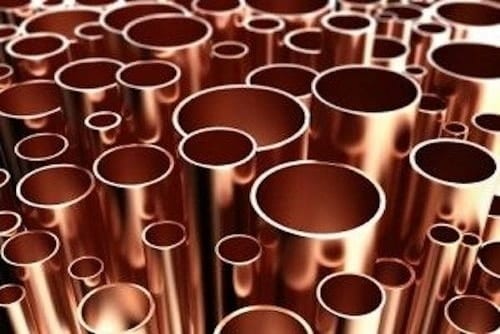 Copper has had a turbulent year with highs and lows as trade talks between the US-China moved the red metal’s price up and down.

Many analysts and companies expect copper to boom in the coming years, with electrification and electric vehicles growing in popularity and subsequently increasing the world’s appetite for copper.

Copper started the year trading for US$5,838 per tonne, hit its peak on March 1, when it traded for  US$6,570, and hit its low on September 3, when it traded for US$5,536. Overall, by early December the red metal’s price had increased by 0.46 percent over the course of the year.

Some of the top copper stocks on the TSX have seen over 100 percent year-to-date gains, which you can find on the list below. This list was generated on December 4, 2019, using TradingView’s stock screener, and only companies with market capitalizations greater than C$50 million are included.

Ero Copper is a mining company with a 99.6 percent stake in Mineração Caraíba (MCSA), a Brazilian copper company that has operated for over 40 years. MCSA’s primary assets include the fully integrated mining and processing operations of the MCSA mining complex in Northeastern Bahia, Brazil.

Western Copper and Gold is a mining company focused on developing the Casino project in the Yukon, Canada. Casino contains 8.9 million ounces of gold, 4.5 billion pounds of copper, 483 million pounds of molybdenum and 65 million ounces of silver in reserves. The company has also made a commitment to being environmentally responsible, working with local communities to collaborate on the project.

Ivanhoe Mines, a mining company operating in Africa, holds principal assets that include the Kamoa-Kakula copper mine in the Democratic Republic of Congo (DRC) and the Platreef platinum–palladium–nickel-copper-gold discovery in South Africa.

The company is also in the process of redeveloping and upgrading its Kipushi mine, also in the DRC.

Coro Mining, a copper-focused exploration company, holds significant assets in Chile. The company’s flagship asset is the Marimaca project in the Antofagasta region, which the company boasts will become one of the most significant copper oxide discoveries in recent years. The company focuses on Chile in particular due to its position as the world’s top copper producer.

Lundin Mining is a global mining company operating in the United States, Sweden, Portugal, Brazil and Chile. The company’s major assets include the Candelaria mine, the Chapada mine, the Eagle mine, the Neves-Corvo mine and the Zinkgruvan mine. In addition to copper, Lundin Mining also produces zinc and nickel, in smaller amounts.

Don’t forget to follow us @INN_Copper for real-time news updates!

One response to “Best Copper Stocks of 2019 on the TSX”