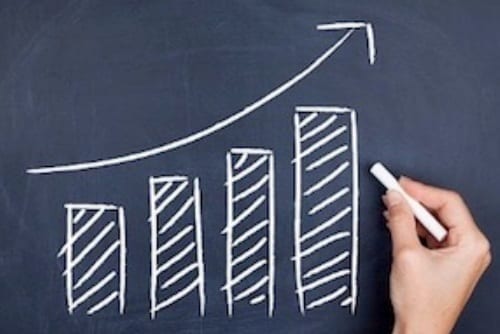 Antofagasta announced copper production growth of 22 percent with the release of its 2019 half-year financial results.

With the release of its 2019 half-year financial results, Antofagasta (LSE:ANTO,OTC Pink:ANFGF) announced 22 percent growth in copper production with plans to keep the ball rolling.

Higher production was seen at all of Antofagasta’s operations, with the 22.2 percent boost pushing official numbers to 387,300 tonnes.

While copper production and sales were on the rise, with latter hitting 354,500 tonnes, a 25.1 percent increase from 2018, the company claims that a 6.3 percent lower realized copper price offset these gains.

In spite of that, revenue was up 19.1 percent to hit US$2.5 billion, while earnings before interest, tax, depreciation and amortization was up 44 percent from 2018’s first half to reach US$1.3 billion.

“In line with our plan for the year, copper production during the half year period increased by 22 percent and we expect this rate of production to continue into the second half of 2019, which we expect to be another year of record copper production,” Antofagasta CEO Iván Arriagada said in a statement.

“While the outlook for the copper market remains uncertain with the protracted negotiations between the USA and China impacting global trade, Antofagasta continues to be in a strong position generating solid cash flows and improving returns.”

The company also touched on progress being made at its Los Pelambres expansion project; by the end of June, project completion was sitting at 22 percent. Capital expenditure in 2019’s first half came to US$77.6 million, with Antofagasta preparing for that number to pick up over H2 as the project advances.

Los Pelambres received the expansion green light in November 2018; it will boost the major mine’s production by 60,000 tonnes annually. With a US$1.3 billion price tag, construction began early this year, with first production anticipated for 2021’s second half. Throughput is set to grow from the current rate of 175,000 tonnes of ore per day to 190,000 tonnes per day.