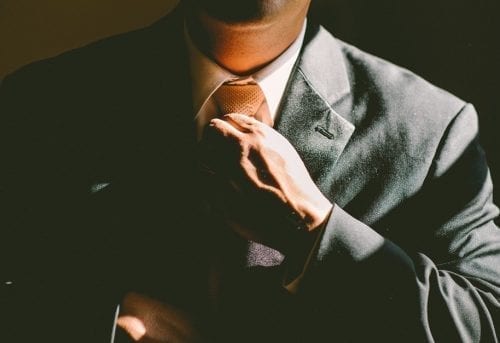 Andrew Pollard of Mining Recruitment Group says that a coming wave of retirements means the mining industry will be led by a generation of new thinkers in the next few years.

Speaking with the Investing News Network (INN) at the International Mining Investment Conference in Vancouver, Mining Recruitment Group President Andrew Pollard said that the coming wave of retirements at the top end of the resource sector is making room for new approaches to mining.

“You’re seeing a lot of market-savvy people that are personable and that are able to really just generate investor demand and think outside the box and then build good teams underneath them to fill in the blanks that they’re missing,” said Pollard.

Working in recruitment, Pollard has his finger on the pulse of the junior and mid-tier sectors of the industry, and said that in 2018 he has been run ragged by demand for talent. “I’m being pulled in too many directions, and what that means is that the markets, despite what’s going on with the price of gold … things are happening again.”

Pollard shared his take on the most exciting news in mining for 2018, saying that attention is turning to junior explorers, which are like “lottery tickets” with a few promising projects on the go.

Watch the video above for more of Pollard’s opinions on the mining sector this year and his insights on how a younger generation of leaders will shape the industry in the years to come. You can also read the full transcript below.

INN: So for those with us, can you tell me a little bit about your company and what you do?

AP: For going on over a decade now I’ve worked with junior mining and mid-tier companies and putting together management teams, helping them build boards and helping to hire for projects as they pass through the stages of exploration through to development and into production.

INN: Obviously you’d be working more in a period when mining companies are growing and there’s appetite for new projects and new ideas. How’s the workload in 2018 and does that tell you anything about the market today?

AP: I’d like to say it’s been a straight shot over the past eleven, twelve years but … I’ve probably worked in more bear than bull. That said things are definitely changing now. You know, mining — it’s coming up to a few different things. One, the sentiment has changed a lot since 2014, when not much of anything was going on, to now where … activity’s escalating — everything from exploration through to development is picking up in a big part, but also there’s demographic shifts too where you’re seeing a lot of baby boomers now start to take steps towards retirement, which is causing lots of new roles to open up and lots of new opportunities for the next generation to step into CEO and management positions. So my workload’s changed to one of filling roles to … we’re plotting out the future and where companies are going to go the next two, three, four years down the line.

INN: With those retirements that you’ve mentioned, do you think that the mining industry will change much in coming years?

AP: Oh yeah, all you have to do is take a walk around conferences like this to see that it’s not a young person’s game. Demographically the mining industry actually skews older than that of the workforce of Canada. That’s for a number of reasons, but mostly just due to the cyclical nature of it and oftentimes in the bear markets the youngest entrants to the industry get brought in and then spit right back out. So it’s only the most senior and experienced professionals that find constant employ. So right now, yeah, there is a bit of a changing of the guard. You’re seeing a lot of new first-time CEOs coming in and hitting it right out of the park. In fact, I’m running a panel tomorrow with two of them, and you’re starting to see the more entrenched management teams moving away from day-to-day duties and going more into consulting or board assignments, which are more advisory in nature.

INN: What do younger generations in mining bring to the industry?

AP: They bring a different outlook, they bring open minds, they … from what I’ve seen, a lot of the more successful young executives … don’t fit into the molds that you’d see previously for management teams in the sense that they don’t have to be engineers or geologists. You’re seeing a lot of market-savvy people that are personable and that are able to really just generate investor demand and think outside the box and then build good teams underneath them to fill in the blanks that they’re missing.

INN: What are some of your favorite companies right now?

AP: Across the market right now … appetite seems to have hit a bit of a stall, but there’s a lot of early stage companies which are garnering a lot of attention. And these are junior junior micro-cap explorers which are more or less lottery tickets, but a couple very promising ones I’ve heard of are Westhaven Ventures, which is WHN on the Venture. They just came out with some really encouraging drill results, and they’re led by Gren Thomas who is part of the Canadian Mining Hall of Fame. I think they’ve doubled in the last week, but they’ve traded more shares in the last two weeks than they have in the last five years, and there’s assays pending on the rest of their program. So that’s one.

The other one is Blackrock Gold (TSXV:BRC), which is a brand-new company which just acquired a gold project down in Nevada directly next door to the Hollister mine. This project hasn’t been drilled in 16 years, and the last time it was drilled was by Teck Resources (TSX:TECK.A,NYSE:TECK) and Placer Dome. And then for one reason or another it sat in purgatory despite hitting 145 grams per tonne, 22 meters of 5 grams per tonne, and then just through a bunch of mishaps with previous vendors it hasn’t seen a drill rig since then. So it’ll be drilled for the first time in a few months in 15 years, and I think that if they’re able to follow up on the results that Teck and Placer encountered then this $3-million-market-cap company is going to be much bigger, so it’s fun to watch.

INN: Fantastic, and finally what are you most excited for in 2018 in mining? What have we got to look forward to?

AP: I think you’re going to see things continue to tighten up. I can say that from an anecdotal perspective, last year was my busiest year I’ve ever had and this year I’m outpacing that probably by 50 percent. I’m being pulled in too many directions, and what that means is that the markets, despite what’s going on with the price of gold … things are happening again. Positions before — I used to have candidates lining out the door looking for work; now the pendulum has swung the other way where I’m having to poach people. And it’s happening across the board from investor relations roles to junior geology positions all the way up to general managers and operating scenarios. I just want to see more of the same and see that trend continue, and hopefully have that actually hit the markets one of these days too and [hopefully we’ll] make some money.

Editorial Disclosure: Blackrock Gold is a client of the Investing News Network. This article is not paid-for content.