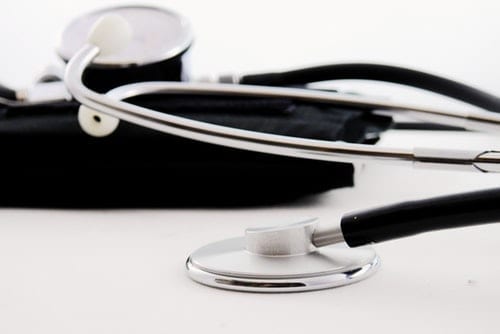 The medical device sector in Canada may be one of the country’s best kept — and most unassuming — secrets at a global scale.

Case in point: according to the government of Canada, the country is full of medical device manufacturers working to advance product innovation. Data from 2016, the most recent available, shows that the country brings US$6.7 billion to the sector, which is 2 percent of the global market.

Due to the rising intricacies related to medical device manufacturing, the Canadian government has now established an action plan for bettering regulations for devices and how they can improve patient care.

With that in mind, here the Investing News Network takes a look at seven small medical device companies that are publicly traded in Canada. Companies on this list have market caps between C$10 million and C$50 million, with data compiled from Investing.com. The medical device firms below are listed in order of market cap size, from largest to smallest.

Headquartered in Vancouver, BC, Neovasc has two main medical device products it is developing, with a focus on the growing cardiovascular industry.

Its first product, called the Reducer, is for the treatment of refractory angina, which is a condition that results when the coronary arteries don’t supply enough blood to the heart muscle. A clinical trial called COSIRA demonstrated that patients implanted with the device had a 96.2 percent technical success rate and 100 percent procedure success rate. The device is currently CE-marked in the European Union.

Neovasc’s other medical device is called Tiara, and it is made to treat mitral regurgitation, a condition that often leads to heart failure and death. The device is implanted through the apex of the heart and replaces the mitral valve while aiming to keep the structures around the heart intact. The device is currently not available for sale and is still in the investigational stages.

SQI Diagnostics labels itself as an overarching life sciences and diagnostics company that is developing a range of multiplexed tests to measure biomarkers in blood or other sample types. Its multiplexing technology testing solutions are provided to the pharmaceutical and biotechnology markets, and are used for human diagnostic testing and animal health diagnostic testing.

Multiplexed means simplifying, consolidating and automating many tests into one.

While not a medical device manufacturer per se, SQI Diagnostics helps companies in the life science space make safe and effective short cuts, which saves time and effort in discovery and testing programs.

TSO3 is focused on low-temperature sterilization systems. TSO3 says it has launched “the newest low temperature sterilizer on the market.” Called the STERIZONE VP4 Sterilizer, it is cleared in the US, Canada and Europe, and is designed to sterilize both common surgical tools and complex medical devices.

Located in Toronto, Ontario, Relay Medical is an integrated medical technology accelerator that primarily acquires early stage technologies to move them towards pre-commercial acquisitions in the health space.

The company is involved in manufacturing evidence-based inventions that have clinical and commercial upper hands in the medical device, consumer health and health IT markets.

Its HemoPalm device is a handheld blood analyzer that allows for IT integration in hospitals and provides bedside blood analysis for those in critical condition.

SIAscopy is a non-invasive procedure that screens for moles and lesions. MedX Health obtained the rights to this technology in 2011 after purchasing the assets and business related to it. The company’s SIAscopy technology is approved by Health Canada and the US Food and Drug Administration, and is cleared for use in Canada, the US, Australia, New Zealand, the European Union and Turkey.

The company’s product tools include cervical and thoracolumbar implants, surgical tools and biologics.