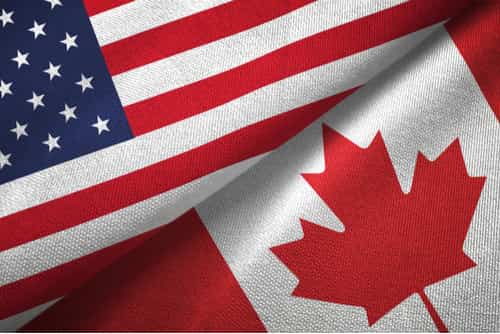 INN asked four company CEOs their thoughts on the US and Canadian healthcare systems and whether one is better than the other.

It’s no secret that the healthcare systems in Canada and the US have for years been compared to one another and, as neighboring countries, it’s impossible not to pin the two against each other.

North of the US border, the Canadian system has a single-payer and largely publicly funded system, while the US has a multi-payer system, which is mostly a private one. It’s been said, though, that the US could potentially adopt the system Canada has implemented.

In terms of potential, one thing is glaringly clear: The populations of each country are drastically different — the US has nearly 330 million people and Canada has just over 37 million. That means no matter which way you slice it the opportunity to treat millions of patients is more widespread in the US.

At this year’s Bloom Burton & Co. Healthcare Investor Conference in Toronto, the Investing News Network asked four company executives their thoughts on the two systems. We received responses on drug development and model systems for each.

Dan Legault, CEO of Antibe Therapeutics (TSXV:ATE,OTCQB:ATBPF), spoke about drug development in Canada, most notably in regards to pain.

For his part, Ed Gudaitis, CEO of Acerus Pharmaceuticals (TSX:ASP,OTCQB:ASPCF), touched on how the Canadian and US systems differ in terms of public and private models.

William Rice, CEO of Aptose Biosciences (TSX:APS,NASDAQ:APTO), similarly touched on the single-payer system in Canada and the private system in the US, stating that there’s the potential for the Medicare and Medicaid systems to expand to the country’s entire population.

Lastly, Crescita Therapeutics CEO Serge Verreault (TSX:CTX) discussed the size of each market and how a large number of pharmaceutical companies need to go through all the phases of a clinical trial in the US, a system from which Canada would also benefit.

The answers from these four CEOs demonstrate the differences and similarities each system has, while touching on what companies in the space need to do in terms of pursuing opportunities.

While the access to care in Canada certainly has many positives, for companies developing drugs and innovative products, the US healthcare market remains a leader in innovation. For more on what these CEOs had to say about the American and Canadian markets, watch the video above.

One response to “VIDEO — US vs. Canada Healthcare Systems: Is One Better?”