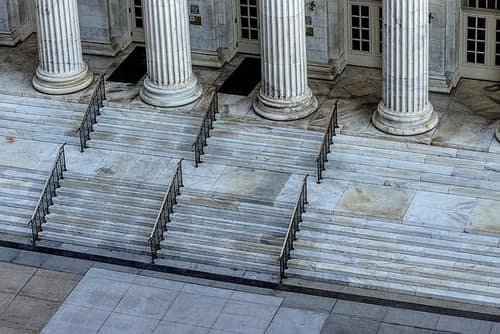 In response, Sandoz, a division of Novartis, said it will appeal the decision with the District Court of New Jersey.

After market close on Friday (August 9), Amgen (NASDAQ:AMGN) revealed it has won the patent battle for its rheumatoid arthritis drug Enbrel against Sandoz, a division of Novartis (NYSE:NVS).

According to a ruling from the US District Court for the District of New Jersey, Amgen’s patent for Enbrel has been upheld, while Novartis’ proposition to launch a biosimilar of the drug has been shut down.

Enbrel was initially approved by the US Food and Drug Administration (FDA) in November 1998 to treat treat rheumatoid arthritis. The drug was first developed by Immunex, which Amgen acquired in 2002. Since that first approval, it has received FDA approval for polyarticular juvenile idiopathic arthritis, psoriatic arthritis, ankylosing spondylitis, plaque psoriasis and pediatric plaque psoriasis.

“We are pleased with today’s decision recognizing the validity of these patents,” Robert A. Bradway, chairman and CEO of Amgen, said in a release. “Protecting intellectual property is critical to incentivize innovation and the large investments in research and development that are required to bring new medicines to patients and fully develop their therapeutic potential for patients.”

According a report from Reuters, US District Judge Claire Cecchi dismissed comments made by Sandoz that Enbrel’s active ingredient patents — which expire in 2029 — shouldn’t have been granted because the ingredients exist in other patents.

As a result, Sandoz revealed on Friday that it will be appealing to the District Court of New Jersey regarding its biosimilar to Enbrel, called Erelzi.

“Sandoz respectfully disagrees with the Court’s ruling, which prevents us from launching an additional treatment option for patients with autoimmune and inflammatory diseases,” said Carol Lynch, president and head of Sandoz’s North American division. “We will appeal this decision, and look forward to presenting our case to the Federal Circuit and bringing Erelzi to US patients as soon as possible.”

Erelzi was approved by the FDA in August 2016 for indications such as rheumatoid arthritis, plaque psoriasis, psoriatic arthritis, ankylosing spondylitis and polyarticular juvenile idiopathic arthritis. Despite the approval three years ago, Sandoz claims the company hasn’t been able to launch the product due to legal proceedings with Amgen that began last year.

As noted by Reuters, Pfizer (NYSE:PFE) has the rights to Enbrel in Europe.

Following Amgen’s win on Friday, the company’s share price rose 6 percent, adding US$6.7 billion to its market cap, an Evaluate Pharma report claims.  The report further says that to “match the enthusiasm,” the drug will have to generate at least US$28 billion in sales over the next 10 years.

That being said, EvaluatePharma estimates that Enbrel’s sales in the US and Canada are projected to drop 6 percent to US$4.7 billion this year and to US$2.8 billion by 2024.

Last year, former FDA Commissioner Scott Gottlieb said biosimilars accounted for 70 percent of drug spending growth between 2010 and 2015. Biosimilars are defined as biological products that are similar and have no major differences to an existing product approved by the FDA.

Research from Reports and Data shows that the biosimilars market was worth US$5.1 billion last year and is projected to grow at a compound annual growth rate of 30.8 percent to reach US$44.56 billion by 2026.

This isn’t the only legal dispute between Amgen and Novartis; the companies are currently in proceedings in the US District Court in Manhattan over developing migraine headache treatments. According to a report from Reuters in April, Novartis is claiming that Amgen broke an agreement to develop Aimovig jointly and is instead keeping the profits.

One response to “Amgen Notches Patent Win for Enbrel Against Novartis”