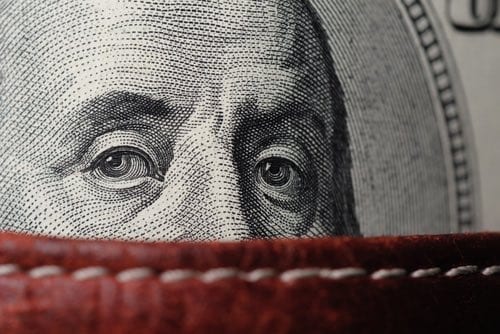 After a sobering summer for marijuana stocks, more revision is being done to examine proper investments, said experts at the MJBizConINTL conference in Toronto.

Expectations and grand valuations have led to a variety of challenges for cannabis stocks and investors of the space.

At the MJBizConINTL in Toronto last week, investors were treated to a variety of opinions on the state of the investment market for marijuana plays alongside the panel from two financial analysts.

The session ⁠— led by John Zamparo, equity research analyst with CIBC Capital Markets, and Max Mausner, senior analyst with Vantage Asset Management ⁠— examined some of the shortcomings of the stock market this year and what’s next for this sector.

When asked about the recently seen drop in value for Canadian cannabis stocks, Mausner said there’s been a real disconnect between the realistic financial goals for these companies and the results seen now.

Asked if the market is sufficiently mature at the moment, Mausner and Zamparo agree there are some mature companies but it’s too early to say for the whole investment sector. #MJBizConINTL

On the topic of the Constellation investment into Canopy Growth, Mausner said “the deal hasn’t really worked out that well.”

“I think there’s been a realization over the last three months, frankly, as we’ve seen some of the larger players miss the numbers that valuations need to come down to better reflect the fact that one forward estimates are probably still aggressive and two that there’s a higher degree of risk in hitting those numbers,” Mausner told the audience.

Zamparo added investors are realizing the market is not exactly what they had anticipated, with some challenges in terms of regulations in Canada, management turnover and weaker results.

“The public (market valuations are) nuts,” Codie Sanchez, managing director and partner with private investment firm Cresco Capital Partners, told the Investing News Network (INN). “Why would I invest in somebody that’s trading at a valuation or multiple that is almost impossible for them to hit?”

Zamparo adds he still sees a lot of investors follow an ethos from popular talk in 2016 and before, meaning metrics tied to production capacities and sizes for public cannabis companies. #MJBizConINTL

When it comes to the US market and potential catalysts, the experts agreed investors are monitoring the potential passing of critical bills that would help the market today. Zamparo said he still expects to see some form of legalization or opening of the market in the next two years.

US-based cannabis companies with expanding operations in the fractured state markets currently see a discount compared to the Canadian players, which Zamparo said could be closed with listings for these US companies in senior exchanges.

During a talk on the growth seen for his exchange, Richard Carleton, CEO of the Canadian Securities Exchange (CSE), said so far in 2019 the listing house has seen just under US$1.2 billion in investments for US-based cannabis firms.

The executive added this number is behind when compared to the same time period from last year for the CSE.

Narbe Alexandrian, CEO of Canopy Rivers (TSX:RIV,OTC Pink:CNPOF), told INN the focus on profitability for cannabis companies from investors is a bit misguided due to the early stage of the entire sector.

Since the Constellation investment, fellow corporations like Molson Coors Brewing Company (NYSE:TAP,TSX:TAP), Anheuser-Busch InBev (NYSE:BUD) and Moosehead Breweries have all formed partnerships with cannabis producers. These, however, do not involve a massive financial investment with ownership options.

Jason Vegotsky, president and chief revenue officer of KushCo Holdings (OTCQX:KSHB), said that, in his view, no cannabis company currently operating is truly mature. Vegotsky later on told INN that the stock market is correcting as lofty expectations get adjusted in the minds of investors.

Don’t forget to look for the rest of our coverage of MJBizConINTL, with exclusive interviews and more insights from the show. You can also follow us @INN_Cannabis for real-time news updates!

One response to “Valuations Need to Adjust for the Cannabis Space, Analyst Says”