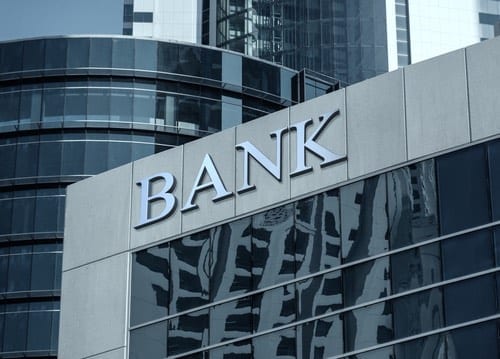 A new projection from the bank pegs the worth of the US cannabis market at US$41 billion by 2028, if the drug is legalized.

A new report from bank Barclays (LSE:BARC,NYSE:BCS) projects that the US marijuana market would have a value of US$28 billion if it was legal today, with the potential to grow to US$41 billion on a pre-tax basis by 2028.

Barclays analysts shared a note with investors on Wednesday (May 1), indicating a positive outlook for the next few years in the US marijuana space.

According to a report from CNBC, the bank’s research shows the market could be worth approximately US$41 billion if the drug is fully legalized in the country, with US$28 billion generated for tax revenues.

“While no bonds backed by cannabis tax revenues have been placed thus far, if federal approval is granted, the cannabis muni bond market will likely flourish, amounting to billions if not tens of billions of dollars, in our view,” Barclays said in its note.

The marijuana industry in the US has flourished despite the continued federal illegality of the drug, since several states have moved forward with legal programs.

These state programs vary in availability and allowance of medical and recreational uses to consumers.

As such, publicly traded marijuana firms operating assets scattered across legal states have captured the attention of investors looking for potential gains in the larger US market, compared to the smaller Canadian one.

In October 2018, Canada legalized cannabis for recreational use and launched its open market, with provinces overseeing retail and online sales.

Marijuana investors can also access the US multi-state operator (MSO) market through two new exchange-traded funds on the Toronto-based NEO Exchange, which offers a pool of stocks to invest in. One of the funds is actively managed and closely monitors the space.

Reacting to the agreement between Canopy Growth (NYSE:CGC,TSX:WEED) and MSO Acreage Holdings (CSE:ACGR.U,OTCQX:ACRGF), Troy Dayton, CEO of Arcview Investor Group, told the audience at a recent event that he sees this deal as potentially adding pressure for the US government to move along legalization efforts.

Canopy purchased an option to acquire the MSO in a deal overall worth US$3.4 billion that will become active only once cannabis becomes legal at a federal level.

Canopy can therefore retain its senior listings in Toronto and New York, since the company won’t have any direct involvement with operations that touch the plant in the US.

Kris Krane, president of MSO 4Front Holdings, told the Investing News Network that the potential use of the deal structure by other established non-cannabis firms could open a new communication channel with elected officials.

“Some of these companies spend a lot of money on federal lobbying, and all of a sudden we got a reach in Congress and a reach among federal elected officials that we wouldn’t have had just as an industry alone without the participation of these more established players,” Krane said.

How the US Section 232 Probe Could Impact the Vanadium Market
Europe Beginning to Embrace Medical Cannabis and CBD
Demand for Canadian Organic Foods Creating Opportunities in the Organic Fertilizer Industry
Coronavirus Round-Up: US Consumer Spending Sinks in April