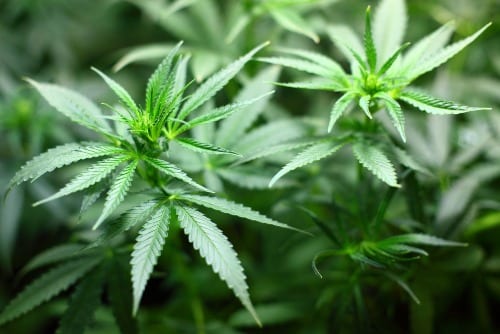 The Investing News Network offers a closer look at 2019’s top Canadian cannabis stocks on the TSX, TSXV and CSE.

As we get to the end of 2019, a trying year for the cannabis sector, investors are looking to see which cannabis stocks managed to pull ahead of the competition during the period.

Though 2018 was defined by quick gains, this year the entire marijuana sector was under pressure as the bubble burst. Here the Investing News Network takes a look at the three most resilient cannabis stocks on Canada’s TSX, TSXV and CSE on a year-to-date-basis.

All figures were collected at market close on December 11, 2019. Read on to see which cannabis stocks fared the best in the face of unsteady market conditions this year.

We kick off our CSE list with Benchmark Botanics in third place.

The British Columbia-based producer recently expanded its reach across the country after signing a supply deal with the BC Liquor Distribution Branch, the cannabis distributor in the firm’s home province.

The company has also moved to establish itself in the cannabis extraction game, signing an agreement with a construction company that will help it build a 10,000 square foot indoor extraction facility.

Year-to-date growth for the company’s share price comes in at 52.2 percent.

MustGrow Biologics is an agricultural biotech company with a proprietary natural biopesticide created with an organic solution derived from mustard seeds. It claims to take the place of pesticides, fumigants, fertilizers, nematocides and fungicides.

The firm is focused on the fruit, vegetable and cannabis industries. In terms of its work in marijuana, MustGrow recently locked down the exclusive rights for the Canadian distribution of a streptomyces biofungicide product used to treat mildew in cannabis production.

In the past year, MustGrow Biologics has seen a significant jump in share value of 100 percent.

Currently, the firm’s wholly owned subsidiary Solargram Farms is in talks with the provincial cannabis retailer in New Brunswick to operate the entire network of cannabis retail and distribution in the province for a potential 20 year period.

“By offering the entire network to one operator, this represents one of the most significant retail cannabis opportunities in Canada,” said Solargram Farms President Marc LeBlanc in a statement.

Captiva Verde Land far outpaced other cannabis stocks on the CSE this year with a year-to-date increase of 275 percent.

Valens GroWorks uses five different methods of cannabinoid extraction and leverages its technological experience in partnering with companies looking to take their extraction operations out of house.

Recently, the company teamed up with BRNT for a two year agreement to create a minimum of 2.2 million vape pens in what the company called the “largest publicly announced multi-year white label agreement to date for a branded finished product in the Canadian cannabis industry.”

Though Valens has quickly developed itself into a large player in cannabis extraction, since it debuted on the TSXV on July 10, the company has seen a share price drop of 38.2 percent.

John Kondrosky, Sugarbud’s CEO, described the third quarter of 2019 year as a “pivotal” time for the firm. During the three months ended on September 30, 2019, Sugarbud received cultivation, processing and medical licenses from Health Canada and began cultivation in its 29,800 square foot facility in Stavely, Alberta, which is expected to yield between 9.9 million and 11.7 million grams of cannabis.

“While we held back production a little longer than we would have liked in order to complete our incoming quality inspections, we remain on track to deliver a strong first harvest, which we now expect will occur in early Q1,” Kondrosky added.

Over the course of the year, the company fell 26.7 percent on the TSXV.

The British Columbia-based firm has its eye on the international markets and recently announced licensing deals with cannabis companies in both New Zealand and Switzerland.

Year-to-date, Enwave has had an impressive showing and took the top spot on the TSXV, up 33.9 percent.

The firm said in October that it was gearing up to commercialize its CardiolRx 100 CBD formulation after scaling up manufacturing. Cardiol calls the drug “the safest and most consistent high concentration CBD formulation available to Canadians that is THC free.” The company plans to serve Canada, and possibly Europe and Latin America, with the medicine.

Cardiol Therapeutics held onto a solid portion of its value in the midst of the volatility others in the space have come up against, though the stock did see a bit of a downturn in 2019. Year-to-date, its share price has dropped 9.3 percent.

Alcanna is a Canadian retailer with its hands in several sectors, including wine, spirits, beer and, of course, cannabis. The Alberta-based firm is behind Nova Cannabis, a line of brick-and-mortar marijuana retail locations across Canada.

In its results for Q3, Alcanna reported strong growth in sales from its cannabis stores. The Nova Cannabis brand generated C$12.9 million during the three month period that ended on September 30, 2019.

“Our Nova Cannabis stores are showing average sales per store which are higher compared to most of those publicly disclosed by other Canadian retailers,” said James Burns, CEO of Alcanna, in a statement.

During the year, Alcanna shares saw a slight decline of 1.63 percent.

The Quebec-based cannabinoid extraction company is focused on health and wellness and has operations in both Canada and the US.

In fact, the firm recently entered into a two year extraction agreement with an unnamed US-based farming service operation that could total over US$20 million in value. As a part of the deal, Neptune will receive hemp and transform it into crude oil extracts.

In a press release, CEO Michael Cammarata said that the deal will help support the expansion of the firm’s North Carolina facility and its overall position in the US markets.

Neptune Wellness took the spot for strongest cannabis stock on the TSX this year, largely avoiding the struggles that brought other names down. It has fallen 0.8 percent during since the start of 2019.

Editorial Disclosure: MustGrow Biologics, Valens GroWorks and Cardiol Therapeutics are clients of the Investing News Network. This article is not paid-for content.

One response to “Top Cannabis Stocks of 2019 on the TSX, TSXV and CSE”