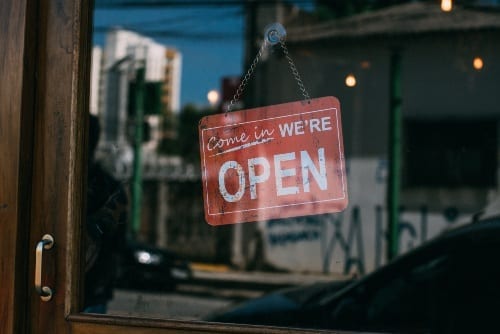 The AGCO is holding its second marijuana retail license lottery to determine the operators of 42 new stores in the province.

Ontario’s cannabis space is set to get a boost as the province holds its second retail license lottery on Tuesday (August 20).

The Alcohol and Gaming Commission of Ontario (AGCO) will select winners from a pool of applicants that sent in expressions of intent earlier this month. The winning stores are expected to open in October.

Toronto will get the largest amount of brick-and-mortar stores, adding 13 new locations to the existing five that were opened after the first round of the lottery in January. The larger Greater Toronto Area will be awarded with six stores, and other locations will be divvied up across what the AGCO refers to as the north, east and west regions.

The AGCO previously confirmed that Tuesday would be the second lottery day, and it will announce the winners and selected store locations within 24 hours of the draw.

Of the 50 stores, 42 will be up for grabs in the lottery and eight will be set aside for stores on First Nations reserves to be given out on a first come, first served basis.

For the second stage of its lottery, the AGCO has introduced new qualifiers for the candidates.

To be eligible, applicants for this round needed one bank letter confirming access to C$250,000 and another stating that they could get a C$50,000 standby letter of credit. The AGCO also only allowed applicants that had already secured a suitable retail space that will be ready to operate later this year.

Sales of legal cannabis in the province more than doubled once stores opened even though the rollout only saw 10 stores open by April 1, according to data from Statistics Canada. In April, Ontario sales of recreational cannabis raked in C$19.6 million.

Currently, 22 of the 25 stores that were initially awarded retail licenses have opened.

The upcoming lottery is expected to draw interest from big-name marijuana companies and could result in a series of agreements and collaborations.

The first round of picks saw deals between individual lottery winners and public firms such as Fire & Flower Holdings (TSXV:FAF,OTC Pink:FFLWF) and High Tide (CSE:HITI,OTCQB:HITIF).

Fire & Flower secured deals with two lottery winners located in Kingston and Ottawa in February of this year. The deals provided the Alberta-based company with licensing and consulting fees and the option to purchase the applicants’ interests in the finished retail locations at the end of the lottery process.

In a previous interview with the Investing News Network (INN), Fire & Flower CEO Trevor Fencott said he thinks deals between public companies and lottery winners could be in the best interests of small retailers in the province.

“Very few individual lottery winners would have access to almost instant real estate or the building capabilities or the capital or the resources or expertise required to get a regulated retail store up and running,” said Fencott.

Other Canadian marijuana companies have pursued lottery winners to get into the retail market as well. Choom Holdings (CSE:CHOO,OTCQB:CHOOF) signed a letter of agreement with one winner for a branded retail store in Niagara Falls that opened in June.

Inner Spirit Holdings (CSE:ISH) also entered the Ontario market when its subsidiary, Spirit Leaf, signed an agreement with a lottery winner to open a store in Kingston. Spirit Leaf provided “expert product training” as a part of the deal and assisted with the construction of the store and licensing of its brand and operating standards.

The Spirit Leaf deal was completed in collaboration with Newstrike Brands (TSXV:HIP,OTC Pink:NWKRF), a licensed producer that was acquired by HEXO (NYSEAMERICAN:HEXO,TSX:HEXO) in March.

In a previous release, Ontario Attorney General Doug Downey said that this lottery represents a “phased-in approach” to the cannabis roll out. The province is handling it this way due to federal supply shortages.

He said, “(Ontario is working to) combat the illegal market in response to the federal government’s decision to legalize cannabis.”

Greg Taylor, chief investment officer of Purpose Investments, told INN he thinks there still is a curiosity about some of the cannabis retailers publicly available.

Editorial Disclosure: High Tide is a client of the Investing News Network. This article is not paid-for content.