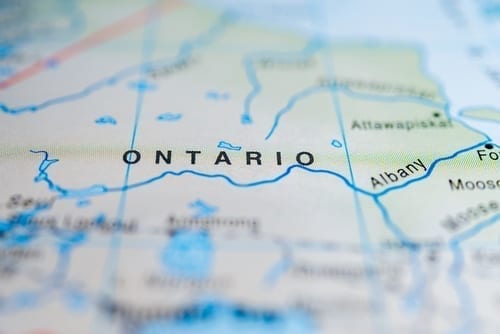 Fire & Flower Holdings confirmed it has secured two deals in Ontario with retail lottery winners to aid in the set up of cannabis shops.

On the eve of its public launch in the Canadian market, marijuana retailer Fire & Flower Holdings (TSXV:FAF) added itself to the list of ventures wooing Ontario retail lottery winners.

The company confirmed on Tuesday (February 19) it had secured deals with two of the first 25 winners of the Ontario lottery for the cannabis retail market roll-out.

These agreements are set to be reviewed and ultimately approved or dismissed by the Alcohol and Gaming Commission of Ontario (AGCO).

According to the Alberta-based retail company, these deals provide licensing and consulting fees and includes an option for a future purchase of the interest from the applicants themselves for the finished retail locations once the lottery process ends this year.

The lottery winners Fire & Flower partnered up with have submitted their “Retail Operator Licence and Retail Store Authorization” applications, according to the press release.

Following receipt of the Agreements, the AGCO has advised the applicants that their applications will proceed to the eligibility phase of review, where they will be assessed for current and ongoing compliance with the Cannabis Licence Act, 2018 and its regulations.

“[The deals] represent a strong vote of confidence in Fire & Flower’s best-in-class expertise to assist these applicants to develop and operate a highly regulated business within an aggressive timeline,” Trevor Fencott, CEO of Fire & Flower, said in the announcement.

In a tweet, the retailer confirmed the agreements are located in Kingston and Ottawa.

The retailer announced it expects to open the stores by the target date of April 1 from the province.

Last week, before the confirmation of these new deals for Fire & Flower, Fencott told the Investing News Network (INN) he was not surprised to find out marijuana firms were pursuing deals with lottery winners. Instead he was surprised these firms shared press releases about the deals, before being approved by the AGCO.

“I am not surprised that people are gauged in the process but I am surprised that they are announcing them so publicly before the AGCO seems to have officially signed off on them,” the executive told INN.

“Very few individual lottery winners would have access to almost instant real estate or the building capabilities or the capital or the resources or expertise required to get a regulated retail store up and running,” he said.

Deals between public firms and lottery winners came into focus last week as three retailers, with some form of support from a licensed producer (LP), announced similar partnerships.

According to the AGCO, selected retail applicants are not allowed to change the “ownership and/or corporate structure in such a way that would result in a change of control of the Expression of Interest Applicant or licensee during the Lottery Process.”

Brenna Boonstra, director of quality and regulatory consulting with Cannabis Compliance, told INN, the details of these new deals are not widely known yet.

“It’s up to the AGCO whether or not whatever financial incentive and management services are being provided constitute in a change of control,” she said.

Boonstra explained the definition of control is a complicated legal definition as it has been set up by the AGCO and called it “multifaceted.”

Fire & Flower made its public debut on Tuesday after completing its qualifying transaction.

The company now holds a market capitalization of just over C$135 million.