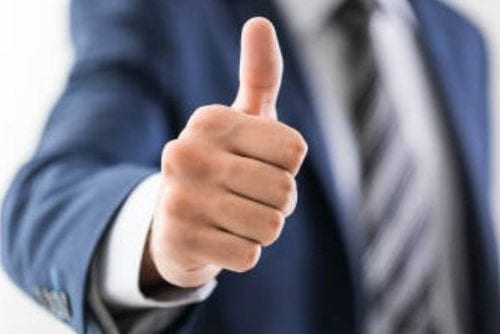 Two more large-scale cannabis acquisitions are that much closer to being locked down after lengthy reviews from the US Department of Justice.

Federal clearance in the US has pushed some cannabis acquisitions closer towards completion.

On Wednesday (October 30), both Curaleaf Holdings (CSE:CURA,OTCQX:CURLF) and Cresco Labs (CSE:CL,OTCQX:CRLBF) revealed that the waiting periods under the Hart-Scott-Rodino Antitrust Improvements (HSR) Act have expired for their respective multimillion dollar acquisitions.

Though both of the deals are set to improve the two multi-state operators’ (MSOs) market share across the US and could represent a newfound interest in the regulated cannabis industry at the state level by federal powers, cannabis deals overall have been downsized in the face of a struggling market.

Curaleaf closes in on Select acquisition

Confirmation of Massachusetts-based Curaleaf’s deal with Select, a cannabis brand currently owned by Cura Partners, comes after investors first learned of the acquisition in May of this year.

The all-stock transaction was originally valued at US$948.8 million and included Select’s manufacturing, processing, distribution, retailing and marketing operations for recreational and medical cannabis.

The deal will help Curaleaf diversify geographically, allowing it to benefit from Select’s presence in key Western US states, including California, Arizona, Nevada and Select’s home state of Oregon.

The deal is now moving forward on amended terms, Curaleaf said on Wednesday (October 30), noting that current cannabis market conditions have pushed the two firms into mutually agreeing to reduce the base consideration payable once the transaction closes.

In the revised deal, Curaleaf has slashed the number of subordinate voting shares payable to 55 million, down from over 95 million. The difference in shares will be payable to Select’s equity holders on the condition that Curaleaf achieves a revenue target of between US$130 million and US$250 million in the 2020 calendar year; the target is based on previous Select-branded cannabis extract sales.

Select equity holders could also receive an earn out of up to US$200 million from the issuance of additional subordinate voting shares if Curaleaf rakes in more than US$300 million in revenue.

Though the transaction has been amended due to shifting market conditions, CEO Joseph Lusardi said in a statement that the deal remains a significant part of Curaleaf’s growth plan in the US.

“We remain extremely confident in the strength and operations of the Select business and of the long-term prospects of the cannabis sector as a whole,” Lusardi said.

The union of the two firms is set to close on January 1, 2020, subject to customary closing conditions and regulatory approvals.

Curaleaf also has its US$875 million acquisition of Grassroots coming down the pipeline.

During a panel at a recent investor event, Curaleaf Chairman Boris Jordan said the scrutiny from US Department of Justice antitrust officials on some of the larger deals in the cannabis space has been beneficial for the industry. The executive explained the federal agency has been cooperative and has used the review process to “get an education on the sector.”

Cresco gets clearance for a second deal

The HSR waiting period has also run up on Cresco Labs’ deal to acquire Tryke, a vertically integrated seed-to-sale cannabis firm with ownership of the Reef Dispensary store network in Nevada and Arizona.

The deal is set to be signed off on by the first half of 2020, according to the MSO. It was originally valued at US$252.5 million for Tryke’s operating assets, with an additional US$30 million for real estate for a total of US$282.5 million.

Like Curaleaf, Cresco Labs now has to wait to get the green light on closing conditions, including approval from Nevada, Arizona and Utah’s respective state governments.

“Upon the closing of the transaction, Cresco will have cultivation, processing, and retail assets in strategic and culturally significant legal states representing 71 percent of the US addressable cannabis market,” Cresco Labs CEO Charlie Bachtell said.

This is the second acquisition Cresco Labs has obtained federal clearance for in the past week.

The company touted it as the largest public company transaction in the US cannabis space at the time; the deal was originally set to be completed in June of this year.

The two companies are now working on writing new terms they can both agree on.