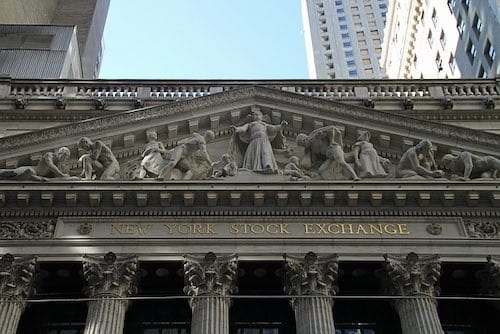 HEXO shares rose in Toronto as the Canadian LP confirmed it will list on the New York Stock Exchange next week.

Shares of HEXO (TSX:HEXO), formerly known as Hydropothecary, jumped on Thursday (January 17) after the company secured a dual listing on the New York Stock Exchange (NYSE).

In Toronto, the share price of the Canadian cannabis producer finished the day with an increase of 3.39 percent in value, amounting to a C$0.21 rise. It closed at a price of C$6.41.

HEXO will begin trading on the premier exchange next Wednesday (January 23). Over a year-to-date period the company’s shares have risen nearly 20 percent in value.

The firm will use the same ticker symbol it currently has for both listings. This year, fellow licensed producer (LP) CannTrust Holdings (TSX:TRST) confirmed an application to list on the NYSE as well.

Peter Aceto, CEO of CannTrust, said the listing will broaden the investor base for the company and will allow it a bigger platform for exposure.

Once both companies begin trading on the exchange, the NYSE will host five Canadian LPs among its listings. Two other LPs, Tilray (NASDAQ:TLRY) and Cronos Group (NASDAQ:CRON,TSX:CRON), are listed on the NASDAQ.

HEXO also announced it will delist its shares from the OTC Pink exchange.

The company attracted attention from the market last year as it signed a joint venture agreement with Molson Coors Brewing (NYSE:TAP,TSX:TAP) for the development of cannabis-infused beverages.

These novel products will be pursued across the space, with multiple LPs announcing intentions to launch their own beverages.

HEXO, Canopy Growth (NYSE:CGC,TSX:WEED) and Tilray are the only producers to have secured a business relationship with a beverage company. Constellation Brands invested C$5 billion into Canopy and Anheuser-Busch InBev (NYSE:BUD) holds a partnership with Tilray.