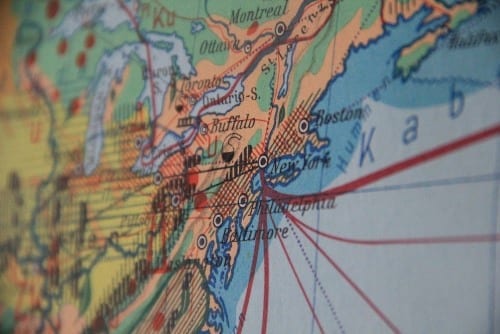 The Illinois-based multi-state operator has gotten its hands on Fiorello Pharmaceuticals, one of 10 companies allowed to produce cannabis in the state.

On Monday (August 26), Green Thumb Industries (GTI) (CSE:GTII,OTCQX:GTBIF) closed its acquisition of one of New York’s only vertically integrated medical marijuana companies licensed to participate in the nascent market.

The Illinois-based multi-state operator (MSO) has gotten its hands on Fiorello Pharmaceuticals, one of just 10 companies allowed to produce medical cannabis in the state.

As a part of the deal, GTI will be getting access to a manufacturing and cultivation facility in Schenectady County, as well as retail locations in Manhattan, Rochester, Halfmoon and Nassau County.

“As one of only 10 license holders in a state with a population of approximately 20 million, this acquisition is firmly in line with our strategic goal of entering highly regulated markets to manufacture and distribute cannabis brands at scale,” GTI CEO Ben Kovler said in a press release.

New York has proven to be an arena for MSOs to stake claims ahead of the launch of a recreational program. Similar to GTI, fellow operators Cresco Labs (CSE:CL,OTCQX:CRLBF) and MedMen Enterprises (CSE:MMEN,OTCQX:MMNFF) have arranged for acquisitions in the state.

In August, Cresco Labs got approval for the acquisition of Gloucester Street Capital, the parent company of Valley Agriceuticals, which is one of the 10 licensed companies in New York. MedMen is facing a delay with its transaction for PharmaCann as part of an antitrust review from the US Department of Justice.

As of August 12, GTI had established 30 operating licences in eight states under its Rise and Essence retail banners. GTI also has a non-retail presence in 12 states across the US.

In GTI’s Q1 results for 2019, the company reported a 155 percent increase in revenue year-over-year to US$27.9 million; that’s a quarter-over-quarter increase of 34 percent.

GTI has made moves to expand its presence into other states in the past few months as well. Last Friday (August 23), the MSO was awarded a cultivation license in Ohio. Earlier this month, the company opened its fifth retail location in Florida.

In a recent report to clients, Echelon Wealth Partners analyst Matthew Pallotta selected the MSO as the firm’s “top pick in the US cannabis sector,” citing the company’s track record of high-value mergers and acquisitions (M&A) and strong balance sheet as examples of its expertise in the industry.

In a recent interview with the Investing News Network, Pallotta said he expects to see the price difference between MSOs and leading Canadian cannabis stocks disappear soon.

These US companies have attracted the attention of the investment community with a variety of M&A transactions in order to expand assets and operations across the lucrative US cannabis market.

Echelon Wealth has given GTI the only “buy” rating in its current coverage of MSOs.

Medical marijuana became legal in New York state in 2014. Five contracts were awarded to marijuana growers, which were each allowed up to four dispensaries to distribute the drug to certified patients.

Since then, New York has certified over 105,000 patients and has more than 2,400 registered practitioners to treat conditions including multiple sclerosis, epilepsy, inflammatory bowel disease and post-traumatic stress disorder.

Last month, New York decriminalized the possession of marijuana and set up a process to expunge past cannabis possession convictions, but failed to move forward with a bill that would fully legalize recreational cannabis use.

According to Marijuana Moment, the full legalization bill was stalled due to disagreements about sales revenue tax allocation and communities’ ability to opt out of letting cannabis companies operate.

On TipRanks, Green Thumb has a “strong buy” analyst consensus with a price target of C$22.70, an upside of 110 percent over its market price.