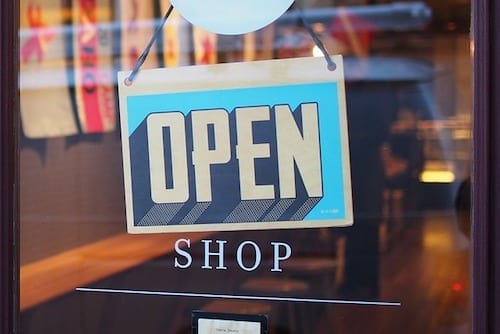 Executives in the Canadian retail cannabis space say the illicit market is the biggest competitor to the regulated industry, and the limited number of legal stores in the country is cutting into potential profits.

Though Canada made history with its landmark legalization of recreational cannabis last year — and with edibles legalization last week — an uneven retail segment has stifled growth for firms in the space, experts say.

Canada’s marijuana retailers are now faced with the difficult task of attempting to root themselves in the early stage market.

During an investor event held by Echelon Wealth Partners in Toronto, Ontario, last week, Goliger said the illicit market is the biggest competitor to the regulated industry, and the limited number of stores in the country is cutting into potential profits.

“Bill C45 does all that it can to tie hands behind our backs, put cement blocks on our feet,” he said.

She added that physical storefronts are one of the only ways retailers can actually establish recognizable cannabis brands in the country.

Vattovaz said creating direct access to the customer is what consumer product companies and licensed producers (LPs) should be focusing their efforts on.

“Things like brand placement, doing activations and retail locations — that will help build their brand. But it’s going to be a bit of a haul just over the course of time because really, it’s … store by store by store,” Vattovaz told INN.

Ontario, Canada’s most populous province with over 14 million residents, according to Statistics Canada, has currently issued 75 retail licenses, meaning that once the entire second wave of stores opens, there will be about one cannabis retailer for every 19,000 people.

At a panel during the recent MJBizConINT’L event in Toronto, Inner Spirit Holdings (CSE:ISH) CEO Darren Bondar said Ontario could hold easily 1,000 stores “without looking like the pot capital of the world.”

Ontario’s license lottery system came under fire earlier this year as some players in the space said it turned the process of building out the sector into a game of chance.

On Tuesday (October 15), the Ontario Cannabis Store, the provincial regulator for cannabis retailers, said in a release that it’s consulting with commercial partners to explore delivery methods to improve engagement between LPs and authorized retail stores.

Other key provinces, including Quebec and British Columbia, have also had slow store rollouts, and Quebec has been further hindered by the ban on edible cannabis products issued earlier this year.

Both NAC and Fire & Flower are looking to access the market in Ontario as it begins to open up — Goliger called it “the biggest market opportunity” the firm has as a retailer — though Vattovaz said Fire & Flower will focus on the western part of the country in the meantime.

Alberta, on the other hand, has fared better on the retail front. Currently, the province has the most marijuana stores in the country with over 300 locations, which means there is about one cannabis store for every 14,000 people.

An Alberta-based retailer, High Tide (CSE:HITI,OTCQB:HITIF), confirmed that it generated C$797,000 in system-wide gross sales through its 26 retail locations from last Thursday (October 17), the day edibles were legalized, to Saturday (October 19).

Both NAC and Fire & Flower have the bulk of their stores in Alberta, and NAC also has a presence in Manitoba through its line of Meta Cannabis Supply Co. retail fronts.

Goliger said LPs need to start investing in different formations and formulations for their cannabis products, especially as they move into the so-called Cannabis 2.0 phase of legalization.

The NAC executive said Alberta and Manitoba will continue to be growth opportunities for the company.

For Fire & Flower, Vattovaz said the company plans to have 45 stores open by the end of its fiscal 2019 year and is looking to leverage a recent investment from convenience giant Alimentation Couche-Tard (TSX:ATD.A).

Editorial Disclosure: High Tide is a client of the Investing News Network. This article is not paid-for content.