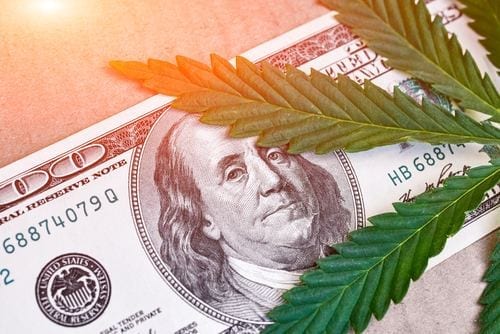 Supplying capital to early stage US cannabis companies can create profit opportunities for investors and operators.

Cannabis is a capital intensive industry, which can pose a problem for early stage US cannabis companies without much experience in securing financing.

The reluctance of US financial institutions to take on the legal risks of funding cannabis companies poses a massive challenge. Due to this financial hurdle, early stage US cannabis companies in need of funding options can find a pathway to success with the help of accelerators. These capital funding companies also present a unique opportunity for investors to take advantage of a market set to be worth tens of billions of dollars in the coming years. Without the ability to directly enter in the market, accelerators are getting their foot into the cannabis sector by financing early stage US cannabis companies.

The US cannabis market

The US represents one of the world’s largest cannabis markets, with 65 percent of the population living in a state where cannabis is legal — either medically, recreationally or both. Thirty-three states have legalized cannabis for medical use, and 10 of those states plus the District of Washington have also legalized cannabis for recreational use. More states are expected to pass legislation legalizing cannabis in the near future, including Illinois, Connecticut, Rhode Island, New Jersey and New York. The state of New York alone represents a huge market for US cannabis companies.

According to a June report from Arcview Market Research and BDS Analytics, the US legal cannabis market is projected to reach US$20.9 billion by 2021.

The passage of the US Farm Bill in 2018 was one of the biggest market developments for the US cannabis sector since its inception. The bill removes hemp — defined as cannabis plants containing less than 0.3 percent THC — from the list of Schedule 1 substances. The non-psychoactive compound cannabidiol (CBD) can be derived from hemp plants, meaning the bill effectively legalized the main ingredient in some of the fastest growing consumer product trends. The ability to transport and sell these products across all 50 states presents a significant growth opportunity for US cannabis companies.

The cannabis plant is still a Schedule 1 narcotic under the Controlled Substance Act of 1970 — making its production and consumption illegal at the federal level. However, in recent months, a number of congressional bills to end or restrict that policy have been put forth with wide bipartisan support.

In June 2018, Republican Senator Cory Gardner and Democratic Senator Elizabeth Warren proposed the Strengthening the Tenth Amendment Through Entrusting States (STATES) Act. If passed, the act would amend the Controlled Substance Act of 1970 to recognize the legalization of cannabis in the US states that have passed such legislation. The bill would also exempt individuals and corporations in those states from federal enforcement.

Taking an even stronger stance, in March, Democratic Representative Tulsi Gabbard and Republican Representative Don Young introduced the Ending Federal Marijuana Prohibition Act of 2019, which has a name that speaks for itself.

The Secure and Fair Enforcement (SAFE) Banking Act of 2019 was also introduced to the House in March with momentous support on both sides of the aisle. The purpose of the act is “to create protections for depository institutions that provide financial services to cannabis-related legitimate businesses and service providers for such businesses, and for other purposes.” Similar bills prohibiting federal banking regulators from taking action against financial institutions have been proposed in Congress since 2013, but this bill also includes protections for ancillary cannabis businesses.

Prior to the bill’s proposal in the House, the Subcommittee on Consumer Protection and Financial Institutions held a hearing that included representatives of law enforcement, the California state treasurer, numerous credit unions and banks. The National Cannabis Industry Association submitted written testimony from cannabis industry professionals underscoring the undue burdens placed on their businesses, because the current federal policy restricts them from accessing safe banking services and capital. Despite the significant bipartisan support in a Democrat-controlled House, there are concerns that it won’t pass the Republican-controlled Senate.

As the legalization of cannabis at the state level grows, so too does the number of cannabis-based companies — all of which need access to capital in order to succeed. This poses a major challenge as long as cannabis remains federally illegal, because major banks and credit unions are afraid to do business with legal cannabis companies.

“Some small banks have offered accounts to marijuana businesses but acknowledge it creates new regulatory burdens,” the Washington Post reported following the hearing for the SAFE banking act. “Most, such as Washington-based State Bank Northwest, say even offering someone who works for a dispensary a loan or doing business with a local utility can create a headache.”

The situation has led many US cannabis companies to seek out alternative financing options. This is especially true of early stage companies that need financial backing to help them build and grow their businesses in an increasingly competitive market.

Accelerators provide both capital and opportunity

Recognizing the US cannabis market’s vast potential for creating shareholder value, accelerator companies are supplying critical funding solutions to early stage US cannabis ventures. In addition to seed capital, early stage cannabis companies also need help with marketing and branding strategies as well as how to navigate a complex legal landscape like that of the US.

In return for providing capital, liquidity and expertise, these companies have the ability to capture market share and represent another potential entry point for investors in the US cannabis industry.

That’s partly because getting in early gives accelerator companies a higher proportion of equity ownership. Accelerators can then deploy capital to help the early stage company grow and consolidate in its specific market prior to larger players entering the market in the event that the US federal government either decriminalizes or legalizes cannabis.

Getting in on the ground floor of an early stage company may involve a fair dose of risk; however, incubators are extremely cautious when it comes to due diligence and de-risking projects.

“A large part of mitigating risk is understanding the management and the market,” said McGorman. “The accelerator business model involves rigorous investment criteria, which enables the management team to leverage their experience to actively promote and expose their investments to the emerging, high growth global cannabis market.

“For example, Vencanna ensures that each investment opportunity is fully compliant with the laws and regulations that govern the jurisdiction that they reside in and that the investments are likely to see a return on investment that is multiples of the initial investment within a span of two to three years.”

With a deeper knowledge of the capital markets and the cannabis industry, accelerators such as Vencanna take more of an active role in the advisory and management of these companies. Vencanna has made a strategic investment into Blacklist Holdings, which has developed a leading line of cannabis vape pens and cartridges. Blacklist’s Ionic brand is one of the top selling vape brands in Washington State, and is sold in more than 600 stores throughout Washington, Oregon and California.

Vencanna recently signed an agreement with Blacklist for a bridge loan of $3.25 million with ongoing talks about a potential business combination. Blacklist has $45 million worth of pending acquisitions, including a Nevada-based cultivation, manufacturing and distribution company; a 140 acre Washington cultivation facility; an edibles company; an Oregon manufacturing company; and a hardware company. Together, they have the potential to generate over $35 million in revenue annually.

A few other accelerators with early stage US cannabis companies in their portfolios are CROP Infrastructure (CSE:CROP,OTC Pink:CRXPF), which funds real estate and infrastructure projects for cultivation properties; Redfund Capital (CSE:LOAN), which provides merchant bank services, including loans for medical cannabis companies; and FinCanna Capital (CSE:CALI;OTCQB:FNNZF), a royalty finance company that invests in licensed medical cannabis businesses in California.

The expanding legal cannabis market in the US is teeming with early stage companies in need of capital. There are signals that the US federal government is opening up to the possibility of changing its policy toward cannabis. However, the big banks are still not willing to wade into the funding waters. In this environment of increasing demand amidst barriers to capital, accelerators have a lot to offer early stage US cannabis companies as well as investors interested in early stage opportunities in this growth market.

Tags: CSE:VENI
×
See our exclusive index of Cannabis companies on the move
EXPLORE