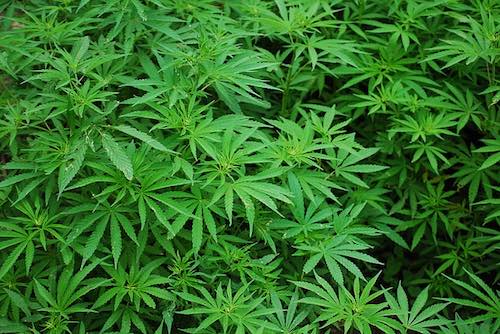 Cannabis stocks across the board experienced drops following the Ontario retail announcement on Monday. Long-term sentiment is positive from experts.

Following the Ontario provincial government’s announcement on how recreational cannabis will be sold once it becomes legal on October 17, the cannabis industry offered a variety of reactions.

On Monday (August 13), Ontario’s Progressive Conservative government unveiled its approach to the sale of legal adult-use cannabis, saying it will offer consumers online-only service until the establishment of retail shops from private players starting in April 2019.

Minister of Finance Vic Fedeli stated that the provincial government does not intend to be in the business of owning a network of cannabis shops.

Charles Taerk, president and CEO of Faircourt Asset Management, said the delay from the provincial government for retail shops has negative implications in the short term.

However, Taerk is optimistic in the long term thanks to the decision by the province to drop the plan of a government monopoly on cannabis shops. The executive also said there is potential for investors to strengthen their positions in companies set to experience declines due to the delay.

“There will likely be some negative trends to the names in the sector as short-term estimates on revenues and earnings are adjusted and moved out 12 months,” Taerk said. “We believe there is likely an opportunity to add to certain positions during this weakness.”

David Clement, a Toronto-based North American affairs manager at the Consumer Choice Center, said the decision by Ontario to embrace private retail is a win for consumers and smart public policy.

Clement added that not having stores with the start of legalization in Canada means consumers will continue to buy cannabis from illegal dispensaries.

“Simply put, relying solely on online sales until April 1 isn’t an accessible enough model to sway people away from the black market,” Clement said. He suggested the province should fast track the application process to allow legal cannabis shops to be available on October 17.

Canadian licensed producer Aurora Cannabis (TSX:ACB) announced on Tuesday (August 14) that it has already singled out over 100 locations for Aurora-branded cannabis retail shops in Ontario.

Through its partnership with Alcanna (TSX:CLIQ), Aurora will seek to establish its network of shops across the province once licensing applications become available. In Alberta, the duo already plans to have 37 cannabis shops following legalization.

Toronto-based law firm Aird & Berlis said in an email newsletter that it is interested to see if Ontario will use any of the licensing restrictions planned by other provinces for retail operators.

In Alberta, no person or entity can own more than 15 percent of the retail licenses for the province, while Saskatchewan has a fixed limit of 51 shop permits, according to the law firm.

During Tuesday’s trading session, most of the major cannabis stocks took took a hit from the delay in retail sales for Ontario. Canopy Growth (TSX:WEED,NYSE:CGC) closed with an 8.25-percent decline despite having a clear entry into the retail space with its acquisition of Hiku Brands (CSE:HIKU).

Other stocks like Aurora, Aphria (TSX:APH) and Cronos Group (TSX:CRON,NASDAQ:CRON) were also down 9.8, 9.54 and 3.09 percent, respectively, after the closing bell on Tuesday.

Horizon’s fellow cannabis-focused ETF, the Horizons Marijuana Life Sciences Index ETF (TSX:HMMJ), was also down 4.52 percent at market close on Tuesday. This fund holds close to 40 of the major cannabis stocks in the market.

Every listing of the Canadian Index was down on Tuesday, except for CannTrust Holdings (TSX:TRST), which announced its financial results for the second quarter of 2018.

According to Bloomberg, Canaccord Genuity cannabis analyst Matt Bottomley said on Tuesday that the Ontario news will result in a “long-term gain” for cannabis companies and investors.

Avtar Dhillon, board chair for the Cannabis Council of Canada, a group overseeing the interests of licensed producers in Canada, said this move from Ontario will create a “truly competitive and inclusive landscape that will allow for law-abiding companies to more quickly replace the bad apples in the cannabis space.”

The executive director for the association, Allan Rewak, said it removes the cost of brick-and-mortar retail from taxpayers and instead puts it on the private sector to deliver.

One response to “Cannabis Industry Reacts to Ontario’s Retail Strategy”