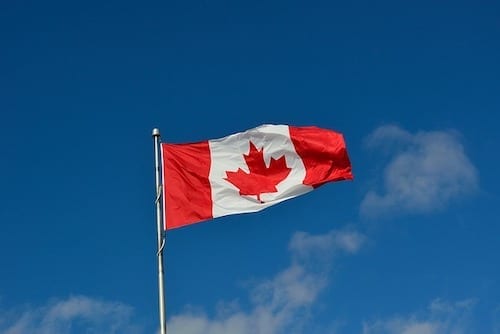 During the past trading week (October 14 to 18), the second stage of cannabis legalization in Canada kicked off with the introduction of edibles and other ingestible products.

The Investing News Network covered the stock market’s reaction to this new phase for the industry, while other news in the space included financial results from a key company in the sector and comments from companies at a marijuana event in Toronto.

“Going forward, we remain focused on our highest-return priorities both in Canada and internationally as our team furthers the development of our medical and adult-use cannabis brands to drive growth through innovation and return value to shareholders,” said Irwin Simon, interim CEO of the firm.

Although Aphria posted net revenue of C$126.1 million and net income of C$16.4 million for the period, analysts are struggling to support the company.

In a research note shared with investors on Wednesday (October 16), CIBC Capital Markets Equity Research Analyst John Zamparo retained an “underperformer” rating for Aphria, since the expert doesn’t yet see how the company will reach its 2020 guidance. Zamparo downgraded his price prediction for the cannabis firm from C$7 to C$6.50.

Financial event on the eve of legalization 2.0

Investors are still waiting to see the full effects of the new legalization phase in Canada, but last week, Echelon Wealth Partners hosted a one day event during which a collection of marijuana companies pitched investors on the growth prospects for the space.

The “Insights Into the Cannabis Consumer: New Perspectives on Retail and Consumers Brands” event, held on Tuesday (October 15), included several Canadian retail players and a variety of multi-state operators based in the US market.

During his keynote speech, Bruce Linton, former co-CEO of Canopy Growth (NYSE:CGC,TSX:WEED), advocated for cannabis companies to offer novel experiences to consumers with the new wave of products that will soon be available. In his statement, Linton said:

“I think what we need to do is … give (consumers) great experiences,” he said. “Let them come in and be comfortable, have stores where they actually feel like they’re in control. Give them products in January that actually seem sensible to them that don’t involve combustion.”

The stock market was affected by the legalization effect in the country, with several stocks and funds trading up based on the positive change — despite the fact that sales of edibles and other products won’t begin until December.

Truss Beverage, the JV, announced a partnership with Flow Alkaline Spring Water for the launch of two cannabidiol (CBD) water offerings to the Canadian market.

“We know CBD products are in high demand in Canada, especially within the growing self-care space. The Truss product portfolio will include a range of products with CBD, THC or both,” said Brett Vye, CEO of Truss Beverage.

A dispute broke out in the Canadian marijuana sector after Village Farms International (NASDAQ:VFF,TSX:VFF) confirmed a disagreement between its JV Pure Sunfarms, a licensed producer in British Columbia, and Emerald Health Therapeutics (TSXV:EMH,OTCQX:EMHTF), the co-owner of the JV.

The argument between Pure Sunfarms and Emerald relates to a “price deficiency obligation” invoice for C$7 million, which Emerald is refusing to pay.

In an email statement to the Investing News Network, Bernie Hertel, vice president of finance and communications with Emerald Health Sciences, defended the decision of the company, stating:

We have previously stated that as Emerald’s business evolves we are aiming for each of our assets to perform on a stand-alone basis, and we will work to maximize margin at each operation. Purchasing product from a supplier in the context of wholesale pricing does not leave a lot of margin for Emerald, and that is not an activity we intend to build.

Emerald is asking that the dispute be solved at an upcoming meeting with the board at Pure Sunfarms.

On Friday (October 18), TGOD indicated it plans to scale back its selling, general and administrative expenses. “The Company estimates that it will need approximately C$70M to C$80M between now and the end of Q2 2020 to undertake the plan and reach positive operational cash flow by Q2 2020,” it said.

TGOD CEO Brian Athaide said the changes at the Canadian producer will focus on eliminating excess capacity and expenses within the company.

One response to “Cannabis Weekly Round-Up: Legalization 2.0 Gets to Canada”