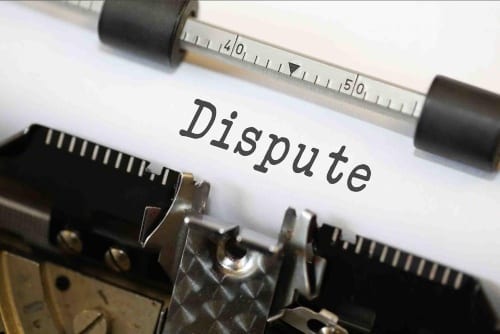 The discord is centered around a “price deficiency obligation” invoice that Pure Sunfarms sent Emerald for approximately C$7 million. Emerald Health is arguing that it’s not liable for the bill.

A drop in cannabis wholesale prices has caused some friction between the companies behind a joint venture (JV) marijuana production company.

The discord is centered around a “price deficiency obligation” invoice that Pure Sunfarms sent Emerald for approximately C$7 million, and Emerald Health is arguing that it’s not liable for the bill.

In a release, Village Farms notes that the price for wholesale cannabis in the most recent quarter has dropped in British Columbia (BC), where Pure Sunfarms operates, forcing the company to sell its product at a discounted price after Emerald failed to pick up its right to purchase.

Village Farms adds that it’s not a part of the supply agreement and states that any money that’s owed is payable directly to Pure Sunfarms.

Emerald Health has an agreement in place to purchase 40 percent of Pure Sunfarms’ total cannabis production; however, in instances when Emerald has not wholly exercised that right, Pure Sunfarms has sold the product on the open market.

As part of the deal, Emerald Health is required to pay the JV the difference between the predetermined price of the cannabis and the market price if the market price is lower than the originally agreed-upon price. This agreement allows Pure Sunfarms to cover its operational costs.

In an email statement to the Investing News Network, Bernie Hertel, vice president of finance and communications with Emerald Health Sciences, defended the company’s stance, stating:

We have previously stated that as Emerald’s business evolves we are aiming for each of our assets to perform on a stand-alone basis, and we will work to maximize margin at each operation. Purchasing product from a supplier in the context of wholesale pricing does not leave a lot of margin for Emerald, and that is not an activity we intend to build.

The market hasn’t reacted favorably to the news. Shares of Emerald Health dropped 11 percent over the course of the trading day from C$1 at open on Tuesday to C$0.89 by 11:35 a.m. EDT.

Emerald Health also issued a statement on the dispute, saying it believes it’s not liable for the cost under the supply agreement “due to the manner in which the JV conducted its recent cannabis sales.”

The release from Emerald Health notes that the company has the right to purchase, or reject, 40 percent of Pure Sunfarms’ production. In the event that it rejects the product, it is obligated to pay the difference “under certain circumstances.”

The disagreement puts the JV and its owner firms in a dispute that is set to be addressed at a later date.

Since Emerald Health doesn’t believe it is liable for the money under the supply agreement, it’s requesting the issue be addressed at an upcoming meeting with the board of directors at Pure Sunfarms.

The drop in cannabis prices is a phenomenon that is not restricted to BC.

Recently, data from Statistics Canada showed that the price of cannabis has fallen since recreational use was legalized. According to GlobalNews, BC Minister of Public Safety Mike Farnworth has said prices will drop even further in the province as supply ramps up.

Retail store owners in BC have also noticed a drop in the price of wholesale cannabis. Spiritleaf Vernon owner Sarah Ballantyne told Global the store passes the savings on to its customers.