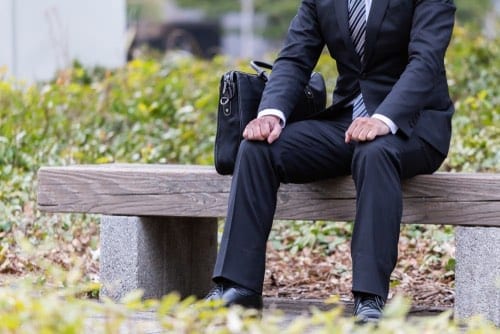 During the past trading week (July 22 to 26), a maligned Canadian cannabis firm removed executives from leadership positions at the company.

A plan from Quebec to ban most edible cannabis products made headlines, and the launch of a new cannabis exchange-traded fund (ETF) also caught attention.

Shares of CannTrust Holdings (NYSE:CTST,TSX:TRST) received a brief boost following the dismissal of the company’s leadership team. The firm has been embroiled in a scandal since Health Canada found illegitimate growing at CannTrust’s facility in Pelham, Ontario.

New reports indicate that several executives at the company, including CEO Peter Aceto, were aware of the improper growing operations and encouraged a continued cover up. Additionally, the company shot a promotional video in which the unlicensed rooms can be seen.

After the new revelations in the CannTrust scandal, an internal investigation of the company came to the conclusion that a management change was needed.

On Thursday (July 25), the firm informed market watchers that Aceto had been terminated effective immediately. The board of directors also requested the resignation of Eric Paul, former CEO, co-founder and chair of the company.

Robert Marcovitch, who was appointed by CannTrust’s board to lead an investigation into the non-compliance issues, has been appointed interim CEO. Marcovitch previously acted as CEO of winter sports equipment company K2 Sports.

Shares of CannTrust in New York immediately jumped 12.82 percent during after-hours trading on Thursday. Once Friday’s trading session started, shares of the firm opened at US$2.20. As of 11:26 a.m. EDT, CannTrust’s NYSE shares were up 15.38 percent.

“The shared ability to rapidly innovate as the Canadian market evolves is key to future growth and Auxly will work closely with a small dedicated team from Nerudia in developing a portfolio of new and enhanced brands and products,” Imperial said in a statement.

As part of the agreement, Auxly will become the exclusive cannabis partner for Imperial on a global scale. Auxly will also get access to the licenses for vaporizer technology from Imperial’s subsidiary Nerudia.

On Wednesday (July 24), Quebec announced regulations to block the sale of cannabis edibles that would directly appeal to minors, such as desserts and chocolate edible products. These products are set to become legal in Canada later this year.

The province is also looking to prevent the sale of cannabis topical items.

The Cannabis Council of Canada, a group representing the interests of licensed producers, called the decision by Quebec a win for the black market.

“(The) decision by the Quebec government to issue draft regulation with respect to edible cannabis products and cannabis extracts is extremely disappointing. If implemented, the efforts of the legal cannabis industry to replace the illicit market and keep cannabis out of the hands of minors will be severely hindered,” Megan McCrae, board chair of the council and vice president of marketing at Aphria (NYSE:APHA,TSX:APHA), said in a statement.

On Tuesday (July 23), a new marijuana-centric ETF that will be actively managed by Tim Seymour, CIO of Seymour Asset Management and co-host CNBC’s Fast Money, reached the public market.

The Amplify Seymour Cannabis ETF (ARCA:CNBS) gives investors exposure to 25 marijuana holdings, with the top five holdings representing some of the biggest firms in the space.

Aurora Cannabis (NYSE:ACB,TSX:ACB), GW Pharmaceuticals (NASDAQ:GWPH) and Canopy Growth (NYSE:CGC,TSX:WEED) are the top three holdings by weightage in the fund. The total net asset value for the Amplify Seymour Cannabis ETF is US$2.47 million.

“The global legal cannabis industry is still very much in its infancy and presents an attractive growth opportunity for investors looking to capitalize on this emerging frontier,” said Seymour.

As interest in edibles and the ingestible market in Canada rises, the Tinley Beverage Company (CSE:TNY,OTCQX:TNYBF) confirmed it is inching closer to a deal with a Canadian company in order to bring its cannabis-infused line of drinks north of the border.

“Health Canada hasn’t finalized the manufacturing licenses yet. As soon as those types of licenses are awarded to our intended partner, we’re ready to go,” Jeff Maser told Yahoo Finance Canada. The executive did not disclose the potential partner for his company.

Cannabis-infused drinks will become legal in Canada as part of the second phase of legalization taking effect on October 17. However, Health Canada, the regulatory agency tasked with overseeing the cannabis industry, confirmed the launch of these products will take time and has said that actual sales will start in December.

Curaleaf Holdings (CSE:CURA,OTCQX:CURLF) was issued a warning on Monday (July 22) from the US Food and Drug Administration (FDA) for unsubstantiated claims regarding some of its hemp-derived products.

The FDA highlighted four CBD-based products sold online by the multi-state operator (MSO) that are making improper medical claims. The federal agency also said that several elements of the MSO’s website need to be updated.

“We can affirm that nothing in the letter raises any issues concerning the quality and consistency of any Curaleaf product or calls into question the high safety standards of the company’s cultivation and manufacturing processes,” the firm said. It plans to respond to the agency about its requests.