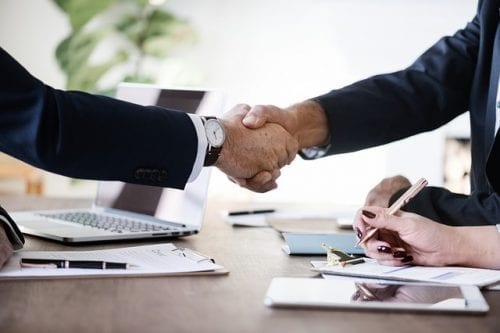 After weeks of speculation, it was officially confirmed on Monday (May 14) Aurora Cannabis (TSX:ACB) will buy competing licensed producer MedReleaf (TSX:LEAF) for a nearly C$3.2 billion transaction.

This time Aurora’s acquisition is set to be done in a friendly manner as it was MedReleaf who originally was rumored to be searching for another player to buy them. Both boards of directors for the companies are in agreement with the transaction, according to an investor presentation sheet on the deal.

The presentation revealed the combined company will hold a funded capacity of over 570,000 kilograms per year. The document also indicated shareholders for both companies will hold special meetings during the month of July in order to approve the transaction.

Shareholders of MedReleaf will get 3.575 common shares of Aurora for each LEAF share held. Once the deal is completed, according to the announcement, existing Aurora and MedReleaf investors will own 61 and 39 percent respectively of the pro forma company on a fully diluted basis.

The terms of the deal represent a price of C$29.44 per MedReleaf common share, with an additional 34 percent premium. MedReleaf’s close on Friday (May 11) was C$24.90.

Any concern for delays on the proposed acquisition is erased since the document says 56 percent of MedReleaf investors “have entered into irrevocable hard lock-ups” with Aurora and vote in support of the arrangement.

Aurora needs at least 66 ⅔ percent–two thirds–of the shareholder vote from MedReleaf during their special meeting in order to complete the transaction.

Thanks to the acquisition, Aurora will enter the Ontario market with the three facilities MedReleaf holds.

Neil Closner, CEO of MedReleaf, said in a statement by combining with Aurora, the new entity will be “ideally positioned to set the global standard for our industry at a pace that will be difficult to match.”

The presentation also shows the combined company will now hold a debt sheet of C$254 million and a war chest worth approximately C$385 million. The new entity will have a presence in international markets like Australia, Brazil, Germany, Denmark, Sweden and South Africa.

Terry Booth, CEO of Aurora, said the acquisition will strengthen its position to serve the global medical cannabis market, which Closner told INN remains the biggest market option available for companies in the space.

Shareholders of Aurora will now have to face dilution for their shares as the company prepares to acquire the fellow LP. This process comes on the heels off the CanniMed acquisition causing dilution in ACB’s common shareholders.

Despite the dilution Charles Taerk, president and CEO of Faircourt Asset Management told the Investing News Network (INN) he sees Aurora’s shareholders as the second biggest winners of the entire transaction after LEAF holders.

“I think that shareholders of MedReleaf are saying ‘well why, if we are profitable and we are doing all these wonderful things, why don’t we have that higher valuation, that higher market cap and the multiple on or the basis upon which we are being valued?’” Taerk said.

Taerk told INN even though Faircourt has not been an Aurora investor “over the last couple of months” he commends the company for finding companies that are undervalued and bringing them into the fold.

“They want to be the preeminent cannabis company and in order to do that you need to be aggressive when others aren’t,” he said.

But does this acquisition finally put Aurora ahead of their biggest competitors and the leaders of the cannabis market, Canopy Growth (TSX:WEED), in Taerk’s eyes?

“Well that’s still to be determined … I think that Canopy has less execution risk than Aurora,” he said. “Aurora is still chasing them but they want to be one-and-one with Canopy.”

A recent report done by Echelon Wealth Partners analyst Russell Stanley said MedReleaf has an incredible upside to its market performance. While GMP Securities analyst Martin Landry maintained his “Hold” rating on Aurora last week and lowered his price target from C$11.00 to C$7.50 for one-year due to concerns with the new facilities Aurora had announced.

The announcement provided an early boost to both company’s stock performance. After the markets closed on Monday, that early boost had gone down. MedReleaf closed the day with a 1.45 percent increase in its share value, reaching a C$25.26 price per stock. Aurora, on the other hand, decreased in value 2.11 percent and finished the trading day with a closing price of C$7.90.

Editor’s Note: This story was updated to reflect percentage and price changes for MedReleaf and Aurora after the markets closed on Monday.