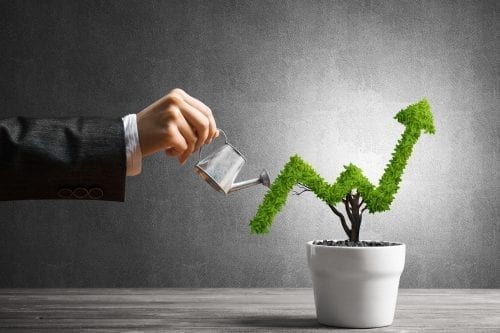 Thanks to hints of policy changes, the Canadian Securities Exchange has been able to ride the green wave of marijuana stocks.

As the cannabis industry continues its steady growth, one public exchange in Canada has seen a momentum increase in its stocks thanks to favorable policy in the US.

Barrington Miller, director of listed company services for the Canadian Securities Exchange (CSE) credited the approach by the exchange to allow the listing of non licensed producer (LP) cannabis ventures early on the rush for these stocks, he told the Investing News Network (INN).

On Monday (May 28) the exchange hosted a conversation with investors on the cannabis listed companies offering exposure into various markets across the US and Canada on the CSE.

The event included presentations from companies such as Quinsam Capital (CSE:QCA), QuadronCorp (CSE:QCC), and a presentation showcasing an event about upcoming public companies like Ascent Industries, a venture holding licenses to grow cannabis in Canada and the states of Nevada and Oregon.

The CSE was able to share to investors the growth some of its listed cannabis stocks have done such as MPX Bioceutical (CSE:MPX), CannaRoyalty (CSE:CRZ), Beleave (CSE:BE), TerrAscend (CSE:TER) and Liberty Health Sciences (CSE:LHS).

Miller told INN thanks to the positive outlook the US political landscape currently holds for cannabis–despite the drug remaining illegal at a federal level–has impacted the volume of listings on the CSE.

“It seems that the government is addressing the issue and they realize this is not going to be going away and quite frankly there’s a lot of revenue to be made from it and a lot of job opportunities and most importantly quality of life and health and wellness,” he said.

Outlook on US focused CSE listed companies has turned around

During the Lift & Co Expo in Toronto this past weekend, Miller was part of an investing panel where his fellow panelists expressed a bullish sentiment for these CSE stocks, despite earlier in the year opinions were more bearish due to the risks.

John Medland, partner with Blair Franklin Capital Partners said in January he saw more opportunity with CSE US-focused stocks than most experts gave credit to. When asked later by INN why he expressed the risk with these stocks at the time was overblown, he said his expectation was that no crackdowns were coming for these ventures in the US.

“When you look at all those factors I think the American administration is sending some positive signals that the market is reaction to and of course we are feeling it up here in Canada as well,” Miller said.

New partnerships across exchanges are beneficial for everyone, says CSE official

Over the weekend of May 26-27, MedMen, a popular cannabis operator in California, confirmed its public launch on the CSE market. MedMen has clear intentions in the Canadian market as it developed a partnership with Cronos Group (NASDAQ:CRON; TSX:CRON).

The combined venture will be called MedMen Canada and will focus on the development of branded products and manage retail stores in the country.

CannaRoyalty, also a US operator, inked a deal with National Access Cannabis (TSXV:META) to bring its brands into the planned retail stores the Canadian focused venture will operate once the recreational market comes online across Canada.

On the issue of these new partnerships across Canadian exchanges Miller told INN there are enough opportunities to go around for everyone in the four Canadian public markets.

“If a company is doing business with another company on another exchange that benefits both exchanges,” Miller said.

Pot stocks in Canada have provided boosts to the performance of the major exchanges thanks to the trading activity these see on a regular basis. The CSE Index 25, which tracks the largest companies in the exchange, is regularly topped by the various cannabis listings available to shareholders.

Be sure to check back with @INN_Cannabis for our video interviews and panel recaps from the the Lift & Co. Expo

Editorial Disclosure: Beleave is a client of the Investing News Network. This article is not paid for content.