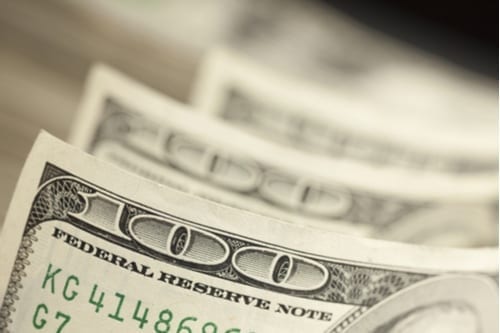 As the year draws to an end, marijuana investors are looking to cannabis market predictions to learn what may bring the sector back up.

As the marijuana stock market attempts to pick itself up after a difficult growing up summer period, investors are looking for potential upticks of the sector before the end of 2019.

With stocks down and a shifting sentiment, the view on the short term outlook for the marijuana market has turned grim. However, a few key developments and the long-run aspect of the market itself continue to keep experts interested.

The play of the US market has also aided to some of the remaining positive position attached to this stock market.

The Investing News Network (INN) offers a look ahead at the remainder of 2019 for this sector and what investors can expect according to a variety of experts.

As part of their monthly commentary to investors, the managers of the NinePoint Partners Alternative Health Fund said the sector still has a long runway despite the currently seen performance in the stock market.

According to the duo, the addressable market in the US should help to combat the fear any investors should have over the lack of federal marijuana policy in the country.

Pallotta also pointed out that interest from large institutional money based in the US is only rising for cannabis. However, that interest remains on the sidelines due to the federal rules around the drug and its investment.

The team at Faircourt Asset Management had previously indicated the discount seen for MSOs compared to Canadian firms ranged from 60 percent to 70 percent averages during the spring, while in September that continued around the 40 percent to 50 percent range.

Cannabis market predictions: Are listing requirement changes on the horizon?

As an attempt to update the rulings from exchange regulators, an MSO executive held meetings with three prominent North American exchanges looking for a potential critical development in the space.

During the Canaccord US Cannabis Symposium event, Curaleaf Holdings (CSE:CURA,OTCQX:CURLF) Chairman Boris Jordan said he had met operators from the TMX Group (TSX:X) — the managers of the Toronto Stock Exchange (TSX) and the TSX Venture Exchange — as well as from the New York Stock Exchange and the NASDAQ.

While this specific meeting was neither confirmed nor denied by the TMX to INN, the exchange indicated it regularly looks at the evolution of marijuana policy.

Despite no confirmation of an actual rule change, it could prove interesting for investors to have these open conversations about the potential for MSOs to invade senior listing exchanges.

The change in investment has led to those still bullish on the space at large to adjust their thinking exploring the marketplace.

According to Elliot Johnson, chief investment officer with Evolve Funds Group, he’s excited to add positions in undervalued names as the sector is oversold.

“The companies that lead us out of this bear market will be in a much better position to succeed in 2020,” said Johnson. “We must continue to be active and opportunistic during this period of transition for this sector.”

While Canada approaches the legalization of novelty infused ingestible cannabis products — including vapes and beverages — these won’t go on sale until later in December.

Investors are excited for what the entry of these product categories will have on the Canadian market sales numbers; several large-scale producers have continued to struggle with establishing brands and having wide open retail options at their disposal.

Johnson told INN the legalization effect will draw some attention to the Canadian market despite the fact sales numbers won’t be posted until 2020.

Many players of the marijuana industry have made clear their intentions of offering a wide array of these products, including the potential for cannabis infused beverages.

The executive added the Canadian market will have critical advantages to the existing US cannabis drink market; thanks to the federal legalization, it may attract new consumers into trying these items.

“The quality bar is a lot higher for what we can expect out of the Canadian marketplace,” Andrews told INN.

As the marijuana market prepares for the last few months of the year, investors are looking for a turn in the sentiment that has affected these stocks.

The legalization of edibles in Canada and the activity of the SAFE Banking Act in the US are often pointed as natural markers for the stock market to get going again. At the same time, some experts want investors to get used to the long term operational plans rather than expect constant significant drivers.

“In my perspective this is an awesome buying opportunity if you truly believe this is going to be a US$50 billion industry,” he said.

Editorial Disclosure: BevCanna is a client of the Investing News Network. This article is not paid-for content.