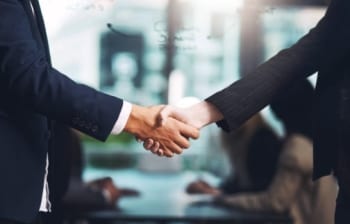 The two TSX listed LPs came to an understanding for a friendly acquisition that will result in shareholders of CanniMed getting compensated $5.70 in cash per share and 2.9493 Aurora shares.

After months of back and forth between companies and their management teams, on Wednesday (January 24) Aurora Cannabis (TSX:ACB; OTCQB:ACBFF) managed to secure the acquisition of fellow Licensed Producer (LP) CanniMed Therapeutics (TSX:CMED) in a deal worth approximately $1.1 billion.
Both CanniMed’s board of directors and the special committee formed to investigate the Aurora takeover bid and agreed to support the new offer.
Shareholders for CanniMed will be presented with the option to pick between receiving 3.40 Aurora shares or a cash and shares combination. However, Aurora said there is a maximum $140 million cash dedicated to this resolution.
Brent Zettl, president and CEO of CanniMed went to great ordeals to explain why this acquisition attempt from Aurora wasn’t worth it to his shareholders. In the joint statement, he said the transaction confirmed his company had become a global leader in the medical cannabis market.
The dispute between the two TSX listed LPs had become so tense that CanniMed even raised a $725 million lawsuit against Aurora, claiming “wrongdoing” related to CanniMed’s takeover bid.
CanniMed argued for breaches of confidentiality, intentional interference with economic relations, conversion, and breach of contract among other allegations. In their joint statement, there was no mention or update on the development of the lawsuit.
As the Canadian market prepares for an increase in demand for cannabis as recreational legalization nears, Aurora has been on a path of acquisition over the past few months, seeking to increase their production numbers. With this blockbuster purchase, Aurora is looking to increase its scope when it comes to meeting demand both in and outside of Canada.

Shares of Newstrike decline after being left out of acquisition deal

With the completion of Aurora’s takeover bid, the deal in place for Newstrike Resources (TSXV:HIP) to be acquired by CanniMed has effectively been canceled. This case proved to be a contentious fight for Aurora, as they made their hostility against this deal clear.
The acquisition of Newstrike was deemed a “poison pill” tactic meant to get rid of Aurora’s takeover attempt for CanniMed.
Newstrike issued a statement announcing the deal, one that their shareholders voted in favor of, which then fell through with CanniMed. According to the release, Newstrike is set to receive a $14.1 million package due to the termination of the planned transaction.
Jay Wilgar, CEO of Newstrike, said the company will use the money to increase the efforts for their Niagara Facility greenhouse to begin producing ahead of schedule and to speed up the roll-out of their lifestyle brand Up Cannabis.
The fallout of this deal particularly affects Newstrike after its shareholders showed a vote of confidence by overwhelmingly approving the CanniMed takeover attempt, as part of a special meeting last week.
Earlier in this week reports indicated Aurora was potentially considering bringing Newstrike along in what would have been one of the largest transactions ever in the cannabis industry. On Tuesday (January 23), shares of or Newstrike rose thanks to the speculation, reaching a week-high price of $2.62.
At market closure on Wednesday, Newstrike faced a 19.23 percent decline to its stock while CanniMed soared, reaching a new year high share $43.18 price per share during trading hours and closing with an 85.81 percent increase over a year-to-date period. Aurora, on the other hand, closed the day with a 5.48 percent decline to its share price.

Despite today’s decline for Newstrike, Aaron Salz a cannabis advisor with the independent group Stoic Advisory, tweeted on Wednesday the TSXV listed company was actually the biggest winner from this entire case.

It will be interesting for investors to follow through the full impact this failed deal will have on Newstrike’s share price moving forward.
Editor’s note: This story was updated to reflect the changes in share price for each company at market closure.
Don’t forget to follow us @INN_Cannabis for real-time news updates!
Securities Disclosure: I, Bryan Mc Govern, hold no direct investment interest in any company mentioned in this article.