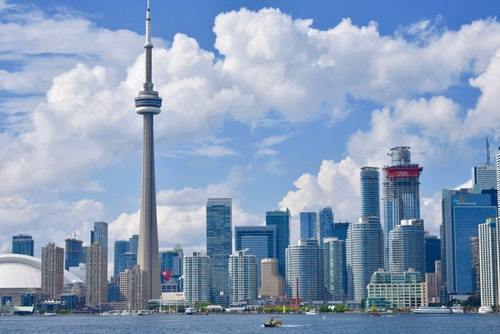 INN touched base with KushCo Holdings, Vireo Health and Innovation Shares at the Benzinga Cannabis Capital Conference in Toronto.

As part of the Investing News Network’s (INN) coverage of the Benzinga Cannabis Capital Conference in Toronto, here are highlights from interviews done on the show floor.

Read below to find out what some of the event participants had to say about critical issues in the overall marijuana space, as well as their companies’ upcoming catalysts.

If you missed the show, don’t forget to also check out our full report on the event.

Previous guidance had KushCo’s revenue pegged between US$110 million and US$120 million. However, based on its performance during the second half of the fiscal year, the company has the confidence to raise its guidance, Vegotsky told INN.

When asked about the possibility and timing on uplisting to a more senior exchange such as the NASDAQ or New York Stock Exchange (NYSE), the executive said the company is “doing everything in [its] power” to achieve it.

“If anybody can uplist, we certainly have a good opportunity to do so,” Vegotsky said.

Since KushCo doesn’t interact directly with marijuana cultivation, the company has a cleaner path to a senior listing in the US.

“It’s a key initiative for us; it’s something that we think we can do and is something that, as the NASDAQ and NYSE get more and more comfortable with the space and more regulation comes into the space, is going to get easier and easier for them to get over the hump,” he said.

In April, KushCo announced it would restate its financial information for the 2018 and 2017 fiscal years because of an accounting error, which Vegotsky categorized as “highly technical.”

The executive added that investors were understanding about the situation once the issue was found and addressed by KushCo.

Since the public launch of the multi-state operator (MSO), which touts itself as a science-focused company, its shares have risen 8 percent in value for a price of C$5.40.

Kyle Kingsley, founder and CEO of the MSO, told INN the company follows a very selective strategy for its acquisition plans in the US, with a focus on markets with limited licenses.

“We feel Vireo is uniquely positioned to acquire additional licenses via these merit-based processes in conservative states,” Kingsley said.

The executive added that the company is eyeing potential entries into states such as Missouri, Georgia and Utah.

Kingsley said he expects to see movement with two critical bills designed to protect the US marijuana industry. First, he said the most likely outcome is for the SAFE Banking Act to pass.

This bill, if approved, would grant state-level banking protections to marijuana operations in legal states.

“I’m fairly confident that the individual state-based markets are going to be very meaningful for quite some time, at least the next three to five years, independent of the STATES Act being passed,” he said.

Lastly, INN caught up with Matt Markiewicz, managing director of Innovation Shares, to talk about the state of the cannabis exchange-traded funds (ETFs) available to investors in the US.

Due to listing limitations, MSOs have not made a splash in many funds in the US. However, in Canada two new funds were launched recently with the direct intention to seek the US opportunity.

Markiewicz said he views the move from the new Canadian funds as “extremely opportunistic” given the “inherent advantage” from the Canadian public markets.

Both of these new funds, the Evolve US Marijuana ETF (NEO:USMJ) and the Horizons US Marijuana Index ETF (NEO:HMUS), are listed on the NEO Exchange, an emerging exchange in Toronto that does not block trading from US marijuana operations despite the federal illegality of the drug.

Markiewicz expects to see interest in the US cannabis space grow from both existing companies and also from emerging merger and acquisition activity, such as the recent agreement between Canopy Growth (NYSE:CGC,TSX:WEED) and Acreage Holdings (CSE:ACGR.U,OTCQX:ACRGF).

“[The new Canadian funds] should be successful given that the interest for the US cannabis space seems to be increasing by the day,” he said.

Innovation Shares is in the process of launching a public ETF with marijuana stocks. Markiewicz said there is a lot of room available for competition in terms of current offerings for marijuana ETFs for US investors.

According to Markiewicz, the firm filed for its fund in November 2018 and is currently in review with the US Securities and Exchange Commission. No official launch date has been given so far.

“We’re really excited by the opportunity to engage both retail and institutional investors as they explore various options to get access to the growing space of cannabis investing” Markiewicz said.

With files from Olivia Da Silva.

4 responses to “3 Cannabis Execs on Next Milestones to Watch”