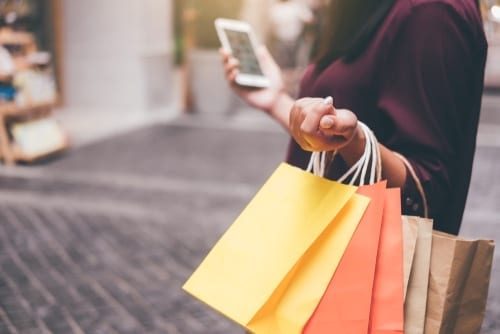 As the initial excitement for a vibrant retail market settles, companies are evaluating the entire Canadian retail play for cannabis.

Despite the rush of Canadian cannabis retail plays, the market may be in need for a slow down period to lay out proper foundations.

As the Canadian cannabis marketplace matures, plays in the retail market have grown in value and appreciation from investors thanks to new listings and investments from existing public ventures.

But as the rapidly emerging sub-sector faces roll-out issues and challenges from the shortage of cannabis supply in the country a slower process is being predicted by experts of the industry.

When asked about the current state of the Canadian retail market Jennifer Lee, partner and cannabis lead at Deloitte, told the Investing News Network (INN) the market needs time to settle.

“What’s going to happen in the retail market is we’ve got to get these stores up and running, we need to get our e-commerce channels continuing to hum … in 2019 if that happens then Canada will be seen as a credible G7 country that launched cannabis” Lee said.

An executive for one retailer said the full rollout of retail is going to be slower than expected but, for his company, that is a good thing.

“For us, having a healthy balance sheet like 50 million dollars in the bank and a slower roll out, allows us to be much more prudent with our money,” Trevor Fencott, CEO of Fire & Flower told INN.

Fire & Flower, a company soon to join the public markets, holds a presence in Alberta and Saskatchewan, with plans of expansion across the country.

During the Lift & Co. (TSXV:LIFT) cannabis expo in Vancouver, Fencott said the company was eyeing a February public debut on the TSX Venture Exchange (TSXV).

Fencott explained the company was originally looking to go public but the growth potential in the space has pushed it in that direction.

“What we realized pretty quickly is that retail in general is a scale game,” Fencott said. “In order to have the requisite purchasing power and the ability to drive white label products at higher margins, you’re going to need a share number of stores.”

Fire & Flower was originally conceived as a chain of between 10 and 15 stores, according to Fencott. But now the executive said the company has 37 license applications in Alberta, 16 expressions of interest in Manitoba and plans to open eight stores in BC.

In January, the Alberta-based retailer announced it reached C$10 million in sales since October 17, 2018 the day of Canadian adult-use legalization, through its now nine shops in Alberta and Saskatchewan.

Fencott was one of the co-founders for Mettrum Health, a licensed producer (LP) that was acquired by Canopy Growth (NYSE:CGC,TSX:WEED).

“There is going to be time for retail to flourish but I think that not setting out with ambitions beyond where the industry is at, as a whole is wise and also just building brands that could live in the long term,” Kaye who also spoke at a panel of recreational retailing during the Lift & Co. expo said.

Kaye said Burb is betting on experience retailing with a curation program selecting a limited number of strains at its stores.

“We think that curating and offering that best product selection is kind of the way to go and it draws into that experiential kind of environment,” he said.

Burb holds a 20 percent investment from Harvest One Cannabis (TSXV:HVT). In the company’s investor deck, Harvest one expects between eight and 10 stores throughout BC by the halfway mark of 2019.

“Not only does it ensure we help educate consumers about cannabis in general, but it also affords us the chance to help structure the future of cannabis retail in Canada,” said Grant Froese, CEO of Harvest One.

Lottery and challenges of roll out for retail cannabis market

After a tumultuous process which included a complete strategy overhaul, Ontario settled for a slow roll-out of its retail market with an initial lottery of 25 winners awarded licenses to set up shop in the province.

Fencott called the lottery step backwards and said some of the shortages seen across Canada are the result of self-imposed politics at play.

I think the lottery as a fair mechanism to start is a sensible approach if that’s your opening gambit. Like if you eventually free market it out– if you only have enough supply for 25 house guests to feed them, fair enough, like you might as well do that. And then get your supply. And as long as you moved to a free market, then I have no issue with that. It makes sense.

Alberta, despite getting praised by both its premier Rachel Notley and Fencott as a progressive forward-thinking retail cannabis market, was forced to shutdown the application of new shops due to the shortage of recreational product last November.

In a letter, Alain Maisonneuve, president and CEO of the Alberta Gaming and Liquor Corporation (AGLC), said the province had ordered enough product to support up to 250 retail stores in the first six months of legalization but in reality had only obtained about 20 percent of its total order.

On Friday (January 25), Alberta granted 10 new licenses as there was a “modest improvement” in the supply issues that first led to the shutdown.

The provincial agency indicated the improvement is not enough to fully open the the licensing process and accept new applicants. The AGLC also announced it is looking at deals with 12 additional licensed producers to secure more product.

When asked about other challenges in the roll-out of the retail market specific to the cannabis industry, Fencott explained he doesn’t understand why Canadian retailers don’t think in terms of revenue per square foot.

“It’s just doesn’t make any sense to me that when I hear people getting 10,000 square foot leases, like that it’s not what a retailer would do,” the Fire & Flower executive said. “It’s what a cannabis company might do.”