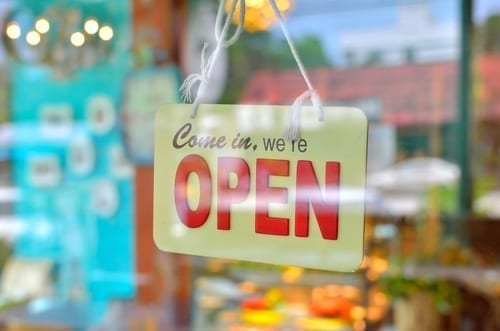 As observers and industry players determine the best bets to place in the expansive cannabis market, retail is becoming a sector to watch.

Canada’s decision to legalize the recreational use of cannabis has allowed the rise of an emerging investment market. The cannabis public sector has become one of the most followed industries for investors.

As such, the Investing News Network brings investors a collection of stories on the critical transition and its impact on the public markets.

Cannabis legalization in Canada is opening the doors, quite literally, to new sub-sectors within the industry — including retail. Investors are no longer forced to evaluate producers exclusively when looking for plays in the cannabis space.

Thanks to the stance from provinces like BC and Ontario, in which Canadian licensed producers (LPs) will be limited in the role they will play as retail operators, new companies with pure retail strategies for cannabis are finding a space to enter.

These shops will be decked out as modern cannabis stores and will be branded, if permitted, as Meta Cannabis Supply stores.

“The premium stores will be built around a model of customer education, immersive retail environments, technology and quality cannabis and cannabis-related product offerings, with a balanced range of pricing and product lines,” National Access Cannabis said.

The pairing expects to open between 50 and 70 retail locations in 2018 across Manitoba, Alberta and BC. The two have also announced intentions to seek an entry in Ontario after the government privatized the retail market.

The strategy of some newer cannabis companies may hint to investors what options may become valuable in the public markets for a play in the sector. Companies such as Inner Spirit Holdings (CSE:ISH) will seek plays for retail shops and distance itself from the growth of cannabis.

Through a franchise mode, Inner Spirit plans to oversee the opening of over 100 cannabis shops in Canada.

As observers and players of the industry determine the best bets to place in the expansive cannabis market, ownership and control of retail could become a favorite as a boost to the sector.

MedMen Enterprises (CSE:MMEN) formed a partnership with Cronos Group (NASDAQ:CRON,TSX:CRON) to eventually develop stores — as popularized by the retailers across the US — in Canada.

“MedMen stores have been integral to mainstreaming cannabis, and they have become one of the most well-known and respected cannabis platforms in the US,”  Mike Gorenstein, CEO of Cronos, said of the 50/50 joint venture between the two companies.

Aurora Cannabis (TSX:ACB) has also placed large bets in the physical retail market, with the producer securing a 19.9 percent stake in Alcanna, previously known as Liquor Stores, to develop shops in Alberta and the rest of Canada as permitted.

The partnership expects to open 37 Aurora-branded shops in Alberta. “Launching this retail network under the Aurora name will capitalize on its reputation as a leader in producing high-quality cannabis products,” James Burns, CEO of Alcanna, said in a press release.

The provinces have set up restrictions to prevent these big name producers from also dominating the physical retail market.

Alberta has made it so producers attached to retail operations can exclusively select their own products to stock up their shelves. However, the producer’s retail arm can’t purchase all the stock of its own branded cannabis.

“Any [licensed producers] that become affiliated or have stores that want to carry their products exclusively they can, but they can’t be in the position that they are going to purchase all the product outright,” Heather Holmen, spokesperson for Alberta Gaming, Liquor and Cannabis (AGLC), told INN.

Ontario, a critical cannabis market in Canada, confirmed the regulations LPs would face when attempting to set up a physical retail presence. The producers will only get one retail license for a facility location.

Canopy Growth (NYSE:CGC,TSX:WEED), which made a remarkable bet on cannabis stores with the acquisition of Hiku Brands’ owners of Tokyo Smoke, disclosed to shareholders it would seek “additional retail capabilities” through its assets and investments from Canopy Rivers (TSXV:RIV).

“Given the limitations imposed on LPs by several provinces, especially Ontario, which plans to limit them to no more than one physical store, we expect that the adult consumer market in Canada will allow substantial value creation for the retailers,” 420 Investor analyst Alan Brochstein wrote in his weekly update to shareholders.

The legalization of adult-use cannabis in Canada will clarify a lot of the doubt surrounding the industry including the strength of the retail play and the gains available to investors of this sub-sector.

Companies are recognizing this and placing bets on the less risky retail network option.

Editorial Disclosure: Inner Spirt Holdings is a client of the Investing News Network. This article is not paid-for content.

2 responses to “The Future of Cannabis in the Retail Industry”